While the Syrian civil war is still painfully fresh in people's minds, many have forgotten another time in Syria's history when democracy had a chance writes Asharq Al-Awsat. 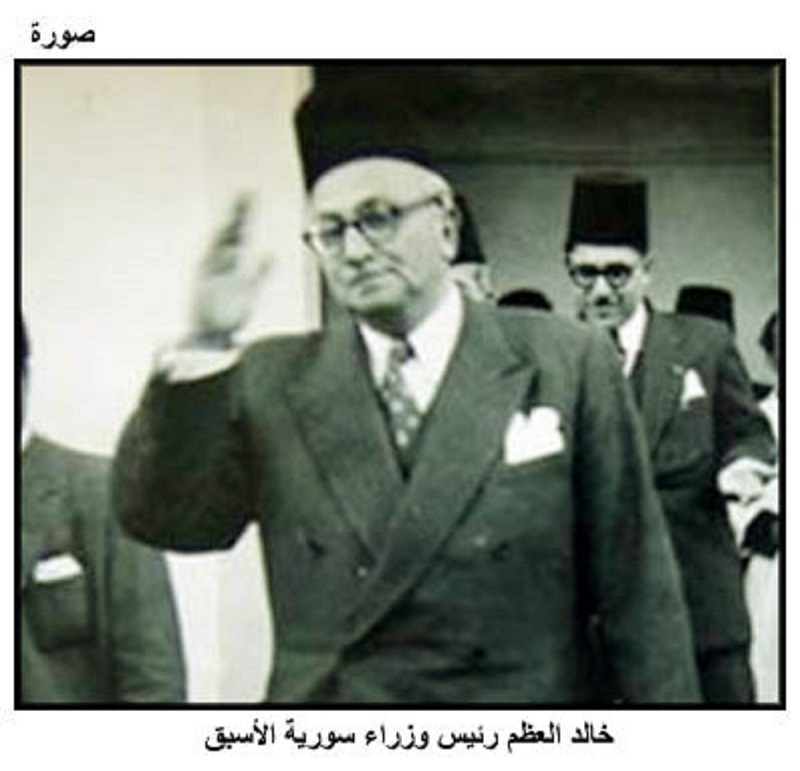 The Syrian uprising was usurped by a civil war between the Bashar Assad regime and armed Islamist groups no more than a year after it erupted. It was eaten up be regional and international conflicts. The revolt was not allowed to achieve several of its demands and it would be unjust now to demand it to do so.

One of these demands is writing the actual history of the modern Syria and reclaiming it from the clutches of the Assad regime lies. The reclaiming of history could have led the Syrians to freedom and provided them with moments in history on which they could base their calls for freedom.

Despite this, some glimpses of democracy were witnessed in Syria in the past century. The 1954-58 period that followed the ouster of Adib Shishakli and rise of Syrian-Egyptian unity could be considered the golden age of democracy in Syria.

This was followed by a period of silence from 1961-63 when the union with Egypt ended and the Baathist March 8 coup took place. It is likely that this period, which is not spoken of, could serve democracy.

The 1954-58 period was not a democratic “spring” as some claim, even though parliamentary elections were held. Shukri al-Quwatli was consequently elected president. “Democracy” and its parliament were actually a front for the military to seize control of political life. It paved the way for the rise of Abdel Hamid al-Sarraj, the founder of the brutal police state in Syria, after the assassination of Adnan al-Maliki by the Syrian Social Nationalist Party in 1955.

The assassination was used as an excuse to “cleanse” political life in what was seen as an uprooting of the Syrian Social Nationalist Party and its allies in the National Party. The tensions at the time put Syria on the brink of civil war that was quelled when Gamal Abdel Nasser came into the picture. That “democracy” led to the elimination of Syria when 14 officers traveled to Cairo to propose to Abdel Nasser unity with Egypt. The Syrian president, prime minister and elected parliament were left in the dark.

Elections were held in late 1961, a month after the union with Egypt was severed. Participation stood at 84 percent. Baathists, communists, the Muslim Brotherhood, the Syrian Social Nationalist Party, People’s Party and National Party all ran in the elections. With a progressive socialist program, Akram al-Hawrani claimed a landslide victory in Hama city. The new parliament elected veteran Nazim al-Kudsi as president. Media prospered and unions could breathe a sigh of relief.

The period of “separatism” did not survive the Syrian curse: The army’s meddling in politics. Adventurous officer Abd al-Karim al-Nahlawi headed the coup that ended the union between Syria and Egypt. He seized power in a second coup in 1962. This led to the arrest of al-Kudsi and several prominent political leaders.

These coups remained trivial compared to the events that took place after 1955. The coups did not occupy the minds of political and regional powers and therefore, did not pave the way to open civil conflict. They did, however, weaken the parliamentary system. Nahlawi was ultimately exiled and constitutional life was restored under Kudsi. A new government was formed by Khalid al-Azm, one of the most hated figures by the officers since Husni al-Zaim’s 1949 coup.

Azm’s government was the last during the “separatist era”. It was ousted by the 1963 coup that closed off political life and produced the dictatorial Baath regime. Worst of all is that the regime was born out of a claim of unity: When Salah al-Din al-Bitar signed the National Charter for the Separatist Regime, the Baath officers weakened the civilian figures. When negotiations were held to restore unity with Egypt, Abdel Nasser’s officers were eliminated and the Baathists secured their grip on power.

So, the 1958-54 period destroyed Syrian independence, while the 1961-63 period restored it. The first phase introduced Nasserism to Syria, while the second came to an end by Nasserite and Baathist officers.

The second revolt appeared tamer than the first, as if it feared tampering with the Nasserite and Baathist principles.

It is true that no one today speaks of unity in Syria, but in return, no one speaks of the Baathist deception that led Syrians to where they are now.