As the US tighten sanction on Iran's oil trade, talk about a possible confrontation rises and Iran looks to circumnavigate the sanctions writes Al-Watan. 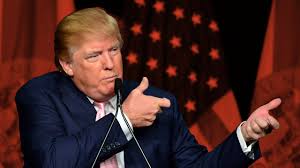 Once again, America seems to have failed to consider the impact that oil has on a financial level and in terms of economic development for every country who owns the black gold, when subjugating countries opposed to its policies.

Media outlets this week published news of the United States canceling the exemptions granted to countries and companies that buy Iranian oil, increasing pressure on Iran with the aim of reaching zero oil exports from Iran. This put global oil markets into a state of confusion and fear, given the impact the American decision could have in creating a severe shortage in global oil markets.

Immediately, Saudi Arabia and the Emirates vowed to increase their production in order to plug any gap in the oil markets during the tightening of the American sanctions on Iran.

Although China, India and Turkey have refused to submit to the American sanctions against Iran, it appears that these countries have dealt separately with the decision in a way that accords with each state’s interests. This has given Iran room to circumvent the sanctions—at least partially.

It’s true that Iran has planned for a long time to reduce its dependence on oil export revenues and to try to encourage industrial, agricultural and technological exports, and internal components that enable them to depend on their own capabilities in order to maintain their decision-making independence and not to bow to the political blackmail of any entity. However, one cannot deny the clear economic pain and impact on Iran. This has pushed Iran to close the Strait of Hormuz, the necessary passage for about 45 percent of the world’s oil, and has opened the door to the possibility of a military conflict that could lead to a global economic disaster.

Faced with this situation, some analysts have broadcast that we are approaching a destructive war between Iran on one side and Israel and America on the other. This could be described as disastrous if it actually occurs, given the negative consequences—not just for Iran but for the entire Gulf region, especially those with American bases on their territory.

Here we should look calmly at the possibilities of a war developing or not, especially after it being promoted as inevitable.

1. The worsening economic situation in the United States will make it think twice before funding any military operation, especially given that the results are not guaranteed and that they cannot be contained or limited to a specific area.

2. The possibility of the entire region erupting on different fronts, in addition to the global human and economic losses, which will disable America from bearing the war’s consequences, and will force it to search for more effective means and methods, including starving people and putting them against their regimes and stirring chaos instead of bearing the losses of a war whose results are not guaranteed.

3. The American president is not a warmonger. He is a person who is clearly trying to sell military products with the aim of making money and not to spend it on useless wars. If he got Saudi and Emirati support to cover the costs of any American-Israeli attack on Iran, then the support would remain limited given their need to cover the expenses of their unjust war on Yemen.

Iran for its part will not initiate the flames of war in the region. This was made clear by the spokesman for the Iranian armed forces. They have factors that enable them to confront and avoid war, at least in the short term. Most importantly:

1. Iran has grown accustomed to American sanctions for 40 continuous years and has recorded notable progress on all fronts, which have not borne fruit for America, meaning that there has been a failure to achieve what is desired from the sanctions imposed on Iran

2. Since the American sanctions were imposed, Iran has been able to circumvent them in various ways and it has been successful in this, and it will be successful again today—a factor that will prevent America from achieving its goals of subjugating Iran.

3. Iran does not want to give America or Israel any excuse to carry out military action, and has made use of all available means, because Iran’s policy is long-term, and it is still betting on a more effective and positive European role in rebelling against the American sanctions, which accord with the joint interests between Iran and European Union countries.

The American Secretary of State Mike Pompeo said that America will increase the pace of sanctions imposed on Iran until it comes to the negotiations table. This statement leads us to conclude that America’s aims are to try to hold talks with Iran, but with American conditions that lead to Iran’s subjugation, not to carry out a war against it.