With the refusal of the terrorist groups in Idleb to hand over their weapons and withdraw, a military assault on the area looks inevitable writes Al-Watan. 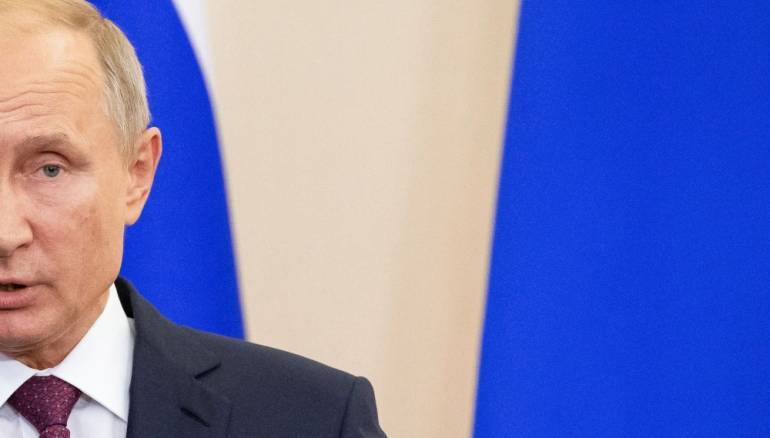 It appears that the Russians have become convinced that the Idleb deal will not be implemented and that the Syrian Arab Army and its allies are headed toward a military operation to regain Idleb and the western and northern Aleppo countryside, which will happen in middle of next month — and then, after that, the Syrian Jazira.

This fact reached the Russian command through the responses of the groups present in Idleb, especially al-Nusra Front, which is the real force in the province and controls most of its territory, and which announced its refusal to hand over weapons to Russian military police and the Turkish army and to withdraw from the areas, which have been specified as a demilitarized zone. This is also the case for the Turkestani Party, which is the advance force of the Islamic State (ISIS) in Idleb, and which controls important areas distinguished by difficult geography, which has enabled them to put up a fight because of the fortifications they have established there in recent years. It also controls advanced weapons which it has received from the organization’s other factions which departed Idleb two years ago. Therefore the Turks will not risk their soldiers in a battle on the ground in which they would lose a great deal. And the terrorist groups in Idleb who depend upon the Turks do not have the ability to fight al-Nusra and the Turkestani Party. It has therefore become certain that the Syrian Arab Army is the one who will decide the battle and begin to implement the military plan for Idleb.

This fact may force the United States to intervene and to implement their promises to carry out airstrikes using warplanes or long-range missiles from warships, against Syrian Arab Army positions — or maybe it will prevent Syrian planes from achieving their aims of demolishing terrorist positions in Idleb. The objective of this would be to delay the victory over terrorism in Idleb and the Syrian Arab Army’s plan to then turn towards al-Jazira and ending the rebellion of the so-called Syrian Democratic Forces (SDF) and thereby forcing the Americans to leave the eastern Euphrates.

All of that has come at the same time as the American envoy to the Security Council announcing that the United States believes that Bashar al-Assad will remain in power — a major shift in the American position and an unambiguous acknowledgement of the Syrian Arab Army’s victory in the war on terrorism.

But the question is: With its announcement of the delivery to the Syrian Arab Army of S-300 air defenses, did the Russians want to get the Americans down from the tree and save face? To tell the American public and those paying the bill for the war against Syria in the Gulf: We will not head toward a confrontation with the Russians in Idleb out of fear of repeating the scenario of the IL-20 plane between the American missiles and warplanes if they carry out an attack on the Syrian Arab Army and the Russian planes and bases which are covering the area around Idleb.

It is possible that the Russian command has become convinced that there is a need for the Syrian Army to have a deterrent force to help it in any indirect confrontation, whether that is with the Zionist entity or any other force in the area attempting to undermine Russia’s status.

Certainly, the arrival of the S-300 missiles to the Syrian Arab Army will create a deterrent for all those who think of confronting this army. Likewise it will restore the balance of power in the region — and it seems the Russians have become convinced this is in their interests.