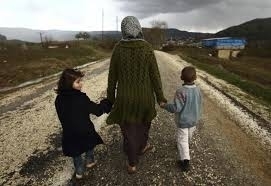 A week ago the Syrian regime commemorated the 51th anniversary of the Ba'th Party taking over power in Syria of 8 March 1963. There was nothing to celebrate, however, as the country is in ruins and is in a state of internal bloody war. Rather the contrary of Ba'thist ideals has been achieved: sectarian civil war instead of secularist equality amongst Syrian religious communities; endemic corruption instead of social egalitarianism; fragmentation of Syrian society instead of Arab unity. It also meant, however, having 51 years of practical experience in how to built a strong regime with loyalist figures in all key positions. The resulting strength and coherence of the regime's network based on regional, tribal and sectarian loyalties, as well as on favoritism and clientelism has been grossly underestimated by the outside world. The strength of the Alawi element in the regime is, however, also its weakness, blocking possibilities for real political reform.

The Western approach to the Syrian uprising has from the very beginning been dominated by an overdose of wishful thinking, by giving precedence to supposedly democratic ideals over realpolitik. Many Western politicians took their positions on basis of day-to-day domestic political reflexes, rather than by having a long-term vision and result-oriented pragmatism with the aim of really helping solve the conflict. Most Western politicians had a kind of fixation towards the removal of the Syrian President, thinking that ending the conflict was only possible without al-Asad playing any role in it. They had clear thoughts about what they did not want, but no realistic ideas of what they wanted instead. Yes, they of course wanted a democracy, but a violent deposal of al-Asad could not realistically be expected to result in a peaceful democracy. Even after three years the opposition movements have not been able to unite, and some are even fighting one another. Al-Asad turned out to be more powerful than the opposition and never had any intention to leave. Rather the contrary, al-Asad intends to overcome the revolution and win the battle for Syria, whatever the costs. And the higher the costs, the more there is the will to continue the struggle, if only to prevent that all the killings and their victims have been in vain. This applies to both the regime and the opposition movements.

The brutality of the Syrian Ba'thist dictatorship has been well known for half a century, but many outsiders have ignored it or tended to look the other way. The suppression and torture in the prisons and the fate of countless political prisoners has been documented with gruesome detail.  The fact that the Ba'th regime even let its own Ba'th party rivals perish to death in captivity, gives us a clear indication that we should not expect anything positive of the way in which the Asad regime deals with its opponents: there is no mercy and no pardon, let alone for the massive armed revolutionary opposition which tries to topple the regime. It is to kill or to be killed. A compromise does not really come in sight, because a real compromise between the opposition and the regime with real power sharing and substantial political reform would be the prelude to the fall of the regime later on.

For the regime the present revolution is a struggle for life or death, just as it is for the opposition. If the regime were to be toppled, its leaders can hardly expect to meet with anything else but being executed, and the key figures of the Asad regime which are recruited from Alawi community can expect to be in severe danger, just like the community itself. President al-Asad should not be expected to sign his own death warrant.

Prospects for the upcoming years

Thanks to the US-Russian deal of 2013 on the disposal of Syria's weapons of mass destruction President al-Asad semi-officially regained his legitimacy from those same Western states that during an earlier stage had so-called withdrawn their recognition from him as the legitimate president. The US military threat was withdrawn as a result of this deal. Once Syria's WMD's have been destroyed, however, the threat with a military option is likely to come up again. Nevertheless, large scale real military intervention itself with "boots on the ground" seems less likely, as there is no real political appetite for it in the West. Al-Asad is fully aware of this and will therefore continue to fight the opposition that constitutes a potential threat to his position. Smaller scale foreign military operations seem possible, however, for instance prohibiting the Syrian Air Force from operating against the opposition in population centers. It is doubtful, however, whether imposing no fly zones would really decisively change the military balance on the ground in favor of the military opposition.

The war is likely continue, maybe for a very long time, until one side fully has achieved the upper hand, which under present circumstances is likely to be the regime, perhaps with the temporary exclusion of some geographical areas. Al-Asad may subsequently enact some political reforms, but only to such an extent that they will not potentially endanger his future position. Therefore reforms are bound to me no more than cosmetic.

Strong dissatisfaction with the regime is bound to remain, including inside the Alawi community, which to a great extent does not at all agree with what the Asad regime has comitted. The regime's behavior has after all also seriously endangered the whole Alawi community itself, including Asad's many Alawi opponents.

The present conflict is bound to continue until some justice is done to the many fallen victims, on both sides.

The potentially most dangerous opposition to the al-Asad regime continues to come from within own community. An Alawi-dominated coup against al-Asad is, however, an extremely risky affair, and may therefore not take place in the foreseeable future, in particular as long as the Alawi community feels threatened by the Sunni-dominated opposition.

In the meantime the Syrian revolution has led to a war by proxy in which outside forces, including the Western countries, Russia, Iran and Hezbollah all have their interests in achieving a victory or defeat of one of the Syrian sides to the conflict, which may lead to a prolongation of the present crisis in Syria for years to come. The Western countries have supported the opposition forces to help cause the fall or weakening of the regime, but in practice they did not really help the opposition to seize power.

Nikolaos van Dam is the author of The Struggle for Political Power in Syria and former ambassador of the Netherlands to various Middle Eastern countries.