The Islamic State continues to attack and condemn all Islamic formations and their leaders, placing itself in a position to question all, while distancing itself from criticism 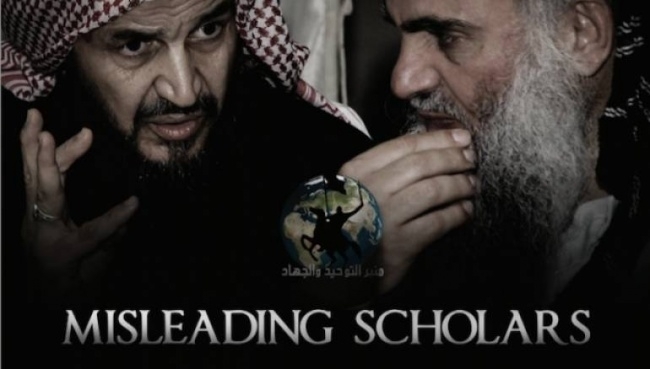 When comparing its publications in Arabic and English, the sixth issue of ISIS' official magazine, Dabiq, delivers two contradicting versions of its rhetoric. Disparities do not result from difference in expressions between the two languages; rather it reflects the shrewd two-faced approach of the Islamic State of Iraq and Syria, presenting itself according to circumstance.

ISIS' attitude presented in the last issue of Dabiq was different from before, and it leaves the door wide open about the extent the state is planning to reach, especially with cutting relationships with other Islamic and jihadi formations.

Through the use of plain and direct English, Dabiq's rhetoric towards Islamic jihadi organizations and their leaders indicates the contempt ISIS holds toward them and their history.

Expressions like: “the Qa’idah of Adh-dhawariti, al-Harari, and An-Nadhari”, demonstrates Dabiq's attempts to belittle an organization like Al-Qaeda into three individuals, in contrast to the self-aggrandizing jargon of the homogenized ISIS caliphate.

It is clear that Dabiq attempts to misrepresent Al-Qaeda’s figures as a response to their attitude toward ISIS and their rejection of the Caliphate.

Dabiq's attempt at insulting the prominent figures of Al-Qaeda could be humiliating to anybody, not only for leaders of an Islamic organization. The magazine described An-Nadhari of deviousness, al-Harari of showing hatred and envy, Abo Abdulah al-Shami was mentioned as over-talkative, sophisticated and malicious, while the magazine criticized al-Zawahiri of his contradictions.

Almost 42% of Dabiq's 62-page issue was allocated to attacking Al-Qaeda and its members.

The magazine attacked and condemned all Islamic formations and their leaders, placing ISIS in a position to question all, while distancing itself from criticism.

Even the dead were fair-game, like the deceased leaders of Ahrar al-Sham, well regarded as one of the most active formations fighting the Syrian regime, describing them as “Sahwat’s apostates”.

There is no doubt that cutting relationships and any connection with Al-Qaeda is considered a serious step by ISIS. However, attacking, criticizing and dismissing the Salafi jihadis and their figures, like Abo Mohammed al-Maqdisi and Abo Kotata al-Falestini, is radical.

Such a shift can reflect one of two things: either the Caliph feels confident in his power, and the Caliphate no longer requires support from other Islamic formations, or simply it is a result of megalomania.

The magazine presented darkened pictures of Abo Kotata and al-Maqdisi under a provocative caption: “the Misleading Scholars” referencing a Hadith of Prophet Mohammed, in which he warned of misleading imams, who were considered more dangerous to the safety of the nation than the deceitful “Dajjal”.

On the opposite page, a bright and eye-catching image of Haron Monis, an Iranian hostage taker recently killed in Australia. The irony lies in the fact both Australian and Iranian governments mentioned Monis’ psychological problems, without indicating any Islamic or terrorist motive to his actions.

Monis was unknown until his attack in Australia, but Dabiq insists on his religious expertise after he swore allegiance to the Caliphate. Despite the knowledge Monis was previously of Shiite faith, the magazine quoted him as saying:

“In the past, I had raised a flag other than the flag of Islam, I ask forgiveness from Allah and repent to Him. I swear by Allah the Almighty that I will never raise a flag other than the flag of Rasūlullāh. I used to be a Rāfidī, but not anymore. Now I am a Muslim, All praise is due to Allah who honored me with giving bay’ah to the Imām of our times. Those who give bay’ah to the Khalīfah of the in actuality are giving”

The double-standard of the promotion and degradation of individuals according to agenda, ISIS has proven the only criteria for acceptance is “loyalty to the Caliph”, where wicked people are respected, while honest figures are defamed.