Will the United States lose the hearts and minds of the Arabs with their current regional policy, which is defined by retreat, as some commentators describe the US pivot away from the Middle East as collusion with Russia and perhaps even Iran? 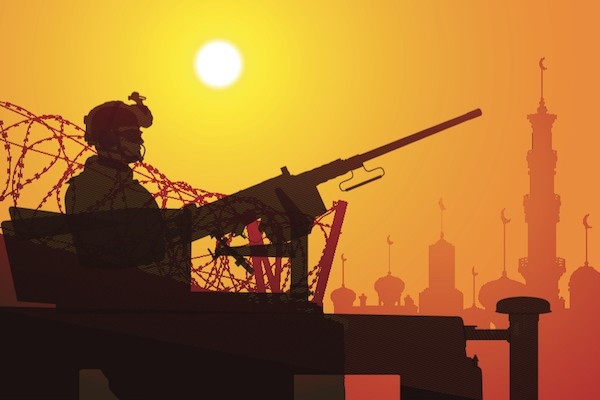 Will the United States lose the hearts and minds of the Arabs with their current regional policy, which is defined by retreat, as some commentators describe the US pivot away from the Middle East as collusion with Russia and perhaps even Iran?

Since June 1967, a crisis has been simmering between Arabs and the United States, which may be described as an emotionalism which has come to overshadow official policy in the region. This is because America, by standing with Israel, intensified the Arabs’ subjection to the cruel and infamous degradation in the Six Day War. Egyptian leader Gamal Abdel Nasser, seeking to excuse his defeat, mastered a blend of the theatrical and fantastic in emphasizing the American military “intervention” in this war.

Prior to that, as background to this emotional crisis, Arabs had covered up the American role in supporting the Algerian revolution for independence from France, and especially in supporting Egypt in 1956 against Britain, France and Israel and turning their military victory into a political defeat. When Nasser emerged “victorious”, he transformed the Arab world into an arena for a fierce clash against Western influence, in alliance and coordination with the Soviet Union.

After that, with the America-led liberation of Kuwait in 1991, Arab popular majorities sided with Saddam Hussein and his invasion and became convinced that American policy stood for fragmenting Arabs and putting them into a state of backwardness.

But September 11, 2001, and the continual and naive American question, “Why do they hate us?”, put the emotional issue at the forefront. The issue increased with the Iraq war, two years later, as most of those who despised Saddam and all of his supporters converged in denouncing America. Those who did not denounce America, insisting on continuing their friendship with Washington, pursued a policy of silence and distanced themselves as they left their friend drowning in the Iraqi quagmire.

With the pro-democracy revolutions of 2011, it seemed the emotional crisis had slackened a little, or reached some state of numbness: Washington discovered, with some stumbling and hesitation, that Arabs are not an exception to democracy, and some Arabs viewed the NATO air intervention in Libya, and the possibility of intervention in Syria, as acceptable because they opened a new page which this time would be in the interests of the people.

However, it did not take long before the hesitation and inconsistency of the “Obamaists” persuaded many to stand firm in their previous positions. And so the United States is being blamed for what it has always been blamed for — being selfish — and the possibility of another Western intervention in Libya does nothing but strengthen the image that Westerners will not intervene, if they intervene at all, except to fight the Islamic State. The withdrawal from Iraq, and then the partial return to it, can also be included in the fact that ISIS and Al-Qaeda are attracting all the attention.

What do we find in the outcome which is greater than its details?

Those who hate America because it intervenes do not hate it less, even though the nuclear agreement with Iran is expected to reduce and regulate this hatred, and could rationalize it slightly under the cover of deferring to Iran’s interests and perhaps its orders to its clients.

And those who hate America because it does not intervene also do not hate it less, except that Iran and Russia have begun to occupy the first place in their hatred for the first time, breaking the long-standing American regional hegemony.

As a result, Washington can say that it has not lost anything, because it was already lost, and that its negative position has receded a little. However, America, in return, seems like it is not interested in an area it continuously says is exhausting, and has recently added that it no longer nourishes its interests.

America’s reliance on soft power, as in Obama’s recent speech, may be a way of avoiding the harsh accounting behind making friends and enemies based on military intervention. Beyond that, Washington has said in many ways that they alone are the friends of the Kurds, because the Kurds are their only friends who have publicly stated their friendship.