"Is it not Kerry, who agreed with Lavrov to the conspiracy theory which UN envoy Staffan de Mistura is carrying out against the Syrian opposition?" 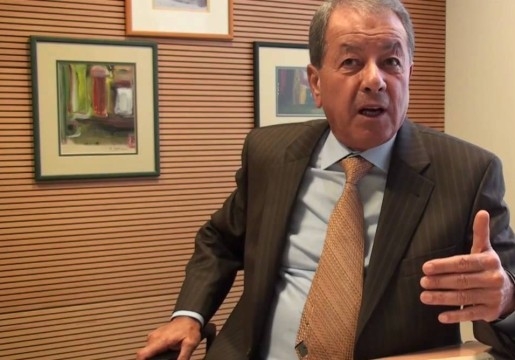 In his response to accusations by the Syrian opposition that Washington had made concessions to Moscow, John Kerry said that US had not ceded to Russia but was rather “working with it” to stop the war and bring peace to Syria, in an amusing response to Riyad Hijab, who accused the Americans of surrendering to Russian interests on many issues.

“Working with it”? It would have been more accurate to say “working for it.” In reality no one needs Hijab’s statement to know, for instance, that John Kerry has become, in the view of international diplomacy, no more than an aide to Sergei Lavrov.

Before the scandal of Washington swallowing the crime of using chemical weapons in the Ghouta on August 21, 2013, it was clear that US President Barack Obama was walking in the footsteps of his Russian counterpart in Syria, whether with his continued silence over Russia’s use of its veto three times in the UN Security Council, or in turning a blind eye to the air bridge to arm Assad, or in Putin’s warning last September: “You have 20 minutes to get out of Syrian airspace, and it’s up to me after that”!

Who thwarted the first Geneva conference against the backdrop of the overturn of the article calling for a political transition process as an entrance to solving the Syrian crisis? Was it not Kerry, who carried out Obama’s policy to drown Putin in the bloodied Syrian mud, and who referred to it sparingly more than once? And who will frustrate the coming negotiations which were previously delayed in Geneva?

Yes, the conspiracy which Lavrov developed the lines of, to explode the contents of the international resolution 2254 by talking about holding presidential and parliamentary elections in Syria, proposed by Assad, to change the government in a political transition process and draft a new constitution – and all of this in light of the swindler’s talk about the Syrian people being the ones to decide their future, while half these people are in exile. Who decided their future of being the intersection of interests fighting over their corpses?