Moscow's role in Syria was an attempt to draw attention to their strength following the fall of the Soviet Union, and therefore to their influential role at the head of the new world hierarchy 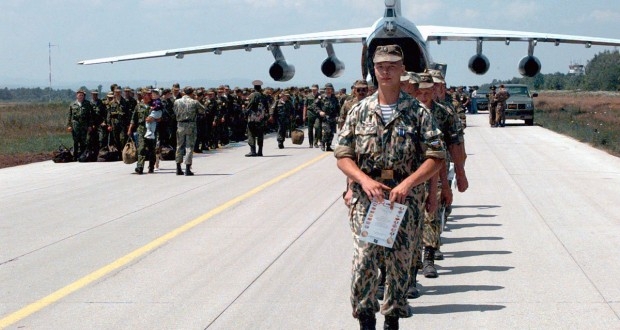 The Russian intervention into the war against the Syrian people – and not against terrorism, as was the justification — five and a half months ago exactly came as a surprise, and the withdrawal of the Russians on Tuesday, March 15 — which may have have come sheerly by coincidence on the first anniversary of the protests which started the Syrian revolution — came as an even greater surprise to the whole world, even their American and Syrian partners. The truth is that the Russians wanted to draw attention to their presence after recovering their strength following the fall of the Soviet Union four decades ago, and therefore to their influential role at the head of the new world hierarchy. Thus they began, in a strikingly theatrical manner, to pull out some of their forces from the devastating war which their pragmatic policies helped ignite with their first veto at the end of 2011. Yes, the Russians pulled out in this manner, and the political analysts — and therefore those interested in public affairs in general — have the freedom to speculate, and cautiously question, and search for a convincing answer to the question: Why? What were the motives and the reasons? What does the new Russian tsar have in store this time?

It is true that the Syrian people were glad to hears the news of the withdrawal, hoping for a peaceful solution to relieve them of the continuing death, the increasing ruin and devastation, and the misery and displacement succeeding it. But they are also apprehensive. The last five years have taught them not to trust anyone. Throughout the period of their intervention, the Russians killed more than 3,000 Syrians, at least a third of them unarmed civilians, and destroyed much more than did the barrel bombs of the regime. Their shelling does not follow the rule “I hope this goes where it should,” but destroys its targets completely, reducing them to rubble.

The essence of the issue must not be lost on everyone, and that is Security Council Resolution 2254, which came through international and regional efforts after creating suitable ground to achieve it.

All the intervening parties have taken their share, and have resolved their outstanding problems at the expense of Syrian blood and through the destruction of Syria. The most important aim, regardless of what the Syrian regime was before the revolution, what is important is that Syria neighbors Israel, and has more than 20 million people, looking to the future with confidence and hope, in possession of the means to develop their country, if given the opportunity, and thinking seriously about recovering their occupied land, and sympathizing with their brothers the Palestinians. This is perfectly clear on the Israeli horizon, which both the Russians and Americans know, and support it with all their weight. Perhaps the chemical arms deal struck between the Russians and the Americans indicates this with full clarity, as well as America and Iran reaching a consensus that satisfies both parties around the Iranian nuclear issue. As for Russia, it has confirmed its presence firmly in the two military bases on the Mediterranean sea, and rehabilitated itself before the world as a great power, joining the world’s leaders with a role in the great issues and its share of influence and interests.

No doubt there are other reasons for the withdrawal of the Russians. Many secondary reasons cannot be hidden. The disagreement between Russia and the Syrian regime around the understanding of the resolution has a share in this withdrawal, which, whatever the regime says about it, is direct political pressure. There is also what is said about the Russian economic situation and its inability to endure, especially with the decrease in oil prices in which the Kingdom of Saudi Arabia plays a primary role. Some of what is rumored about trade agreements between Russia and the Kingdom and the Gulf countries in general is also possible.

There is then an unforeseen moral future awaiting the Russians, who are implicated in a brutally destructive war, whether in their country or in Syria. Russia lost enough of its soldiers and officers in this war to push the Russian people to ask President Putin what the Russian people’s interest is in this war taking place thousands of kilometers from their borders. To the same extent the Syrian people will ask Russia and its people a question which may be similar: Why did you do what you did to us — the killing and destruction and displacement, and the support for a regime insulting the dignity of the Syrian people with its exclusion and its oppression and its tyranny?