What is happening in northern Syria seems to lead one to say that the truce, if it has not collapsed, is at least on its last breaths 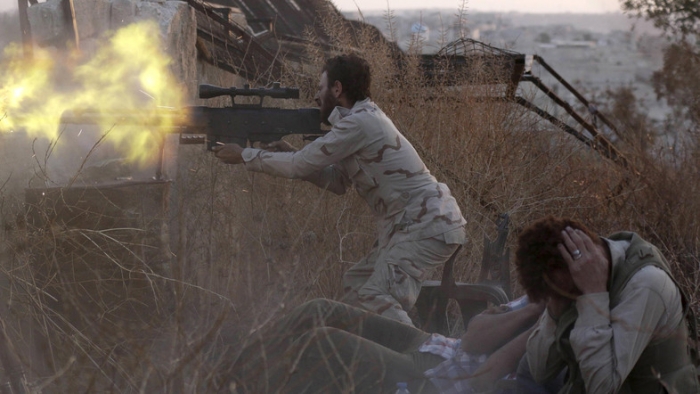 Three days before the start of a new round of talks between the Syrian opposition and the Bashar al-Assad regime in Geneva, attention has turned to Aleppo province in northern Syria, where battles have taken place between various parties (the opposition, the regime, and the Islamic State, or ISIS) to achieve gains on the ground, while regime officials have increasingly spoken of an upcoming battle with Russian support to “liberate Aleppo.”

What is happening in northern Syria seems to lead one to say that the truce, if it has not collapsed, is at least on its last breaths. On one hand, regime forces, supported by one of the sides sponsoring the truce (Russia) and foreign militias, have broken into opposition areas and bombarded them with various heavy weapons. While on the other hand the opposition is defending its areas and managed to make advances in expelling regime forces from several villages in Aleppo’s southern countryside at the start of the week.

While Russia claims through its media that it is insistent on the success of the upcoming round of negotiations in Geneva, the sound of its air bombardment and missiles against Syrian cities increases. And while the regime’s Prime Minister Wael al-Halki announces the readiness of regime and Russian troops to recapture areas under opposition control in Aleppo, Russian statements have come out trying to justify any upcoming strikes by Russian air forces in the areas of Aleppo.

If the regime’s statements about a large battle in Aleppo become a reality, it would decrease the chances of success of the upcoming round of negotiations. In this case, observers view the negotiations as being not in Geneva but on the battlefronts of Aleppo, since the outcomes of the battles will be invested in the negotiations for both the opposition and the regime.

The Syrian opposition are not showing great optimism in the talks, as members of the High Negotiations Committee see any solution that does not discuss the fate of Assad and removing him from power as useless. Russia has so far stuck to not discussing the issue, and Iran is insistent on Assad remaining in power. The Obama administration has meanwhile pursued an evasive policy in its statements, at times stressing the need for Assad to go, and at others displaying no problem with him remaining.