Has there been a change in the positions of the European Union toward the Syrian revolution following the EU delegation's visit with Assad? 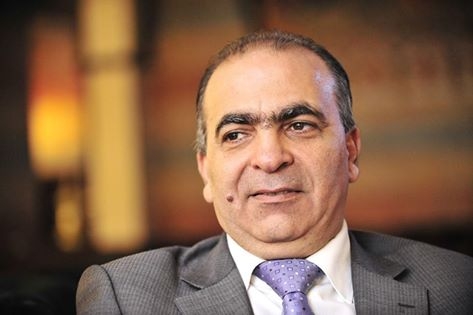 A European Parliament delegation headed by Javier Couso, vice chairman of its foreign affairs committee, carried out a visit to Damascus that lasted two days, meeting with the Syrian president as well as the head of the regime’s puppet council and other officials.

The question that presents itself today is: Has there been a change in the positions of the European Union toward the Syrian revolution? And does this visit resemble the visits made a few months ago by French and Belgian delegations and their meetings with regime officials, when we said these were only individual lawmakers who have been connected with some regime officials for a long time, and therefore their visit does not mean much?

In truth, it has become clear that many Western politicians and journalists have begun to look upon the events in Syria differently than they did before. My attention was drawn to the response of one of the European officials, an Italian, when he was asked what he thought about what was occurring in Syria and its effects on Europe. He said something to the effect of: Syria cannot return to being a coherent state capable of controlling its security, helping control the security of the region, preventing the expansion of terrorist groups into neighboring countries, and helping stop the flood of refugees to Europe, unless a single, coherent, disciplined Syrian force is able to take control of all Syrian territory with state political, military and financial backing (what I fear is that the tyrannical regime is the force he is speaking about), especially after Syria has turned into a theater for sundry sectarian militias from Lebanon, Iraq and Iran, representing Shiite jihadist fundamentalism on one hand, and militant takfiri groups which include thousands of terrorists in their ranks from all parts of the world on the other.

Despite the insignificance of the person who said this — he is not a decision maker in his country — this does reflect the mechanism of thought which has begun to seize the minds of the European political and media elite. More than five years have passed since the outbreak of the Syrian revolution against one of the world’s most corrupt and repressive regimes, without the Syrian people being able to overthrow the tyrant. Indeed, on the contrary, the revolution has opened a wide space to transform Syria into a place harboring groups which this elite considers a greater danger to Syria, Europe and the world than the tyrannical regime, which limits its terrorism, corruption and oppression to its own people, and has always been completely ready to secure the interests and demands of regional and international powers (withdrawing from Lebanon, delivering Ocalan to Turkey, controlling the border with Israel, securing a safe occupation of the Golan, and delivering Saddam Hussein’s sons to the Americans) in exchange for allowing it to practice its corruption and oppression on Syrians and in exchange for guaranteeing that power remained in the hands of the Assad family and the economic-security mafia it leads.

This mechanism of thought — which is clearly not much different among many of the other Western political and media elite, whether in the United States, Canada or Australia, in addition to the known positions of both China and Russia — could lead truly to a crystallization of a shared international desire to work on trying to support a specific Syrian party and help it take control of Syria before agreeing to a solution that leads in the end to ridding Syria of the takfiri ISIS and Al-Qaeda groups as well as the hegemony of militias backed by Iran, but does not necessarily lead to a political transition in Syria that realizes the demands of the Syrian people in ending the repression of the Assad regime which has held Syrians by the necks for over 50 years.

The Syrian national opposition has a chance in the little time remaining before the end of the current American administration’s term, and before the arrival of the new administration (where the options related to the Syrian file will be settled) to try to work quickly and diligently to present realistic solutions to the international community, reassuring both neighboring countries and the international community that the extremist organizations are not the only possible alternative to the dictatorship of the Assad family, and that they are able to gather a majority of Syrians around a civilized option which comprises a logical alternative to the rule of this family and the mafia it runs.

Bitter experience says that counting on this elite is not realistic or wise, but I think that there is another option which would help Syria and its people avoid these bitter choices they may soon find before them.