Three events passed with unusually little interest from Syrians, which suggests that it is up to Syrians, who are the true stakeholders in preserving the unity of their country and the dignity of their people, to think of other ways to end their tragedy 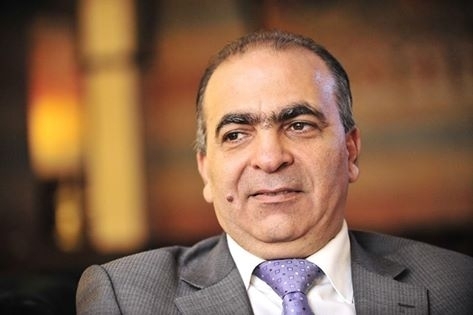 Three events passed unnoticed over the last few days, receiving no attention from the vast majority of Syrians, not even those who have a large interest in events originating from the hardships which they or their families inside Syria or in the widespread Syrian diaspora are enduring.

The first event was a meeting of the general council for the opposition National Coalition and their approval of the formation of a new temporary government for the coalition, and initiating its work. Months have passed since the resignation of the last government and the departure of its “ministers” from their places of work without anyone noticing the absence. Over the past years, any work carried out by the coalition or the national council has included a lot of give and take in sharp discussions, two or three years ago, while the vast majority of Syrians, and especially those in the opposition and the refugee camps, considered themselves involved in these activities, especially if they were at the level of forming a temporary government whose mission should be to oversee their affairs and lighten their suffering. We saw broad interest in everything — the working mechanisms of this government, its formation, its characters, its budget, the nature of services it offered. No one noticed this time, not in relation to the coalition’s general council meeting, nor in the formation of the temporary government. This indicates that the weakness of the opposition institutions, which has led to a decline of regional and international interest in it, could lead the Syrian citizen to the same result, where he has begun to realize the extent of its delusion and impotence.

The second item was the meeting of the High Negotiations Committee for Geneva, which should have been expected to still enjoy some popularity and attention, at least because of its young age in comparison with the coalition and its government. But news of it convening passed and it did not enjoy even the slightest amount of interest from Syrians or from Syrian, Arab and international media. Few people know what the Committee did in its meeting, what decisions it took, and what proposals it has for trying to reach logical solutions for Syrians, their friends, the world and the international community to end the tragedy which the Syrian people are suffering. The number of martyrs is increasing, the number of refugees is increasing, and the pressure on them is increasing in all places of refuge. Destruction, killing and displacement are still at their peak. Shouldn’t it be part of the duties of the Committee, with its wooden rhetoric, which does no one any good, to issue a statement informing the suffering Syrians of what has happened? Do they still believe that they have surrounded the tyrant and that they will force him under this siege to agree to Assad’s departure without conditions? Do they still believe that their brothers and friends will find solutions and that all they need to do is issue some romantic statements now and then?

The third event was the convening of the Arab summit in Nouakchott. Do you remember the previous summits? How Syrians waited to see what this or that Arab leader would say about their revolution? Whether the opposition representatives would be invited to sit in Syria’s seat in the Arab League or not? Whether the Arab revolution’s supporters would convince the remaining Arab countries of the need to deliver the Syrian people their rights by expelling their tyrant, and what decisions the Arabs would take to lighten the suffering of refugees?

At the time there was some hope, despite the continuing disappointment, and there was still some interest in the biggest Arab event, which was the meeting of 21 leaders of nations to discuss Arab issues and problems and try to find solutions for them.

What has changed? And why has the Arab summit become a source of amusement for Syrians instead of being an opportunity to find some solution, made by Arabs?

The summit’s closing statement included a small paragraph related to Syria and the suffering of its people and the sound diagnosis required of any political solution in Syria: “Regarding Syria, those assembled stressed the need to achieve a political solution in Syria that preserves the independence, sovereignty and dignity of its people”. As long as those assembled stressed the need to achieve this solution — and those assembled are the leaders of 21 countries whose population exceeds 300 million people and who have great geographical and economic weight on the international stage — why don’t you work toward establishing this solution in an Arab initiative for a solution, then use your strategic, economic, and demographic weight to push for its implementation on the ground?

Was it impossible to form an Arab committee to formulate agreed-upon proposals containing a solution that preserves Syria’s unity and safeguards the dignity of its people, and then sell this to the Americans and Russians and Europeans — an act through which the Arabs would prove their seriousness and their desire to save the Syrians from their deaths, and help them, albeit in a considered and monitored fashion, in getting rid of the corrupt mafia that has governed them for years, as well as keeping them from falling under the dominance of takfiri organizations that could make their situations even worse if they managed to take control of Syria?

These three events passed with unusually little interest from Syrians, which suggests that it is up to Syrians, who are the true stakeholders in preserving the unity of their country and the dignity of their people, to think of other ways to end their tragedy, perhaps separate from the ineffective institutions of their opposition, and without hanging a lot of hope on their Arab brothers. They are the biggest loser and could be the only loser of what it happening to them, as everyone uses the exploitation of their deaths to achieve what they can of their interests at the cost of their blood.