The international body, along with its influence, has been compromised by the Russian veto which on several occasions stood to thwart any attempt at salvaging Syria today 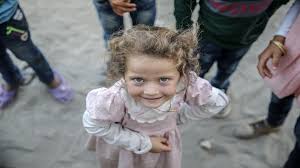 Left stranded in the smoke of war, Syrians embark on the ultimate quest of finding a way back to national peace. They have relentlessly hunted down solutions for the six-year civil war in faraway lands such as Kazakhstan’s capital Astana and Switzerland’s Geneva.

Syrians did not stop at that, but they also reached out to regional and international forces for materializing a balanced solution.

Lost in limbo, they toss around accusations like a hot potato after having had their fill with bullets. Alas now feeling that the situation has truly spiraled out of control.

Going to war is a decision taken by the people, or at least by a select few. Ending war is a whole other story, especially after having witnessed loss in tremendous, unparalleled brutality, and the collapse of establishments nationwide.

Syrians look left and right only to find themselves engulfed in frustration and despair. They have arrived at a stage beyond the capacity of containment and resolving powers of the Arab League, a body existing on the sole principal of looking after the welfare of the Arab world. Restoring peace and stability to Syria is a challenge that the Arab League and its Secretary General Ahmed Aboul-Gheit are not able to mount.

Referring the case over to more powerful organization, such as the United Nations and its chief Antonio Guterres also proved futile.

The international body, along with its influence, has been compromised by the Russian veto, which on several occasions stood to thwart any attempt at salvaging Syria today.

Similar to a deteriorating patient awaiting an accurate clinical analysis, the swiftness at which resident physicians concede to a treatment is an imperative control to curb the spread of infection.

The world views Syria as an archipelago trapped inside a strong ring of fire fueled by sectarian strife, disagreement and internal armed conflict.

It is hard to believe that a group of embattled islands are able to independently and promptly restore stability away from the foreign forces entangled in the Syrian civil war.

Syria has been ripped apart by foreign influence. The Bashar al-Assad-led regime, backed by Russia and Iran, stretches the borders of its control over 22 percent of the country. Despite Moscow claiming credit on single-handedly preventing the regime from losing its capital Damascus, assuming that Russia is the sole dominant influence over regime territory is short to an exaggeration.

Even though President Vladimir Putin’s Russia operates two air bases in Syria, in Hmeimeem and Tartous, Iran on the other hand has set up camp across regime terrain, a commanding room in Damascus airport, and proxy militias overrunning the spectrum.

Iran’s elite revolutionary guard strongly clings to Syria as a piece of the puzzle integral to its regional expansionist agenda.

Upon a closer look, it is clear that an island making up for at least 30 percent of Syria land is swarmed by ISIS hardliners. Kurdish units and Syrian rebels have rule over 20 percent of land each.

It is worth mentioning that Kurdish-run territory is home to three United States airbases, and that some rebel factions are enlisted for US, Western, and regional support.

Identical intricacy covers Syria’s airspace, the Russian surface to air S-400 missile system reigns over a majority of Syria. Added to the mix are the raids staged not only by Israeli air forces but by those of the US-led coalition of over 60 countries.

Syria’s crisis is not limited to the presence of the terror group ISIS, it stretches beyond that and will likely remain after ISIS is removed from the picture.

To be honest, ISIS did indeed reshuffle the cards, deepen the schism and added to the bloodshed, but the Syria crisis is far too complicated to be summed up by the terror group.

Finding a Syria settlement is all the more difficult today. How can Syrian territory be stabilized and broken free from its dismantled shape, when the entire world builds up its policy in light of a disbanded and crumbled Syria?

Syria has been spread too thin by the war and become overwhelmed. Where are Russian limits drawn in this divided country? What borders Iran’s role? The American role? The Arab role? And can the Syrians find it in themselves to restore their country?

Each of the above-mentioned partakers have costly stakes invested in Syria’s vicious war that can only be paralleled in its callousness to World War II.

The Syria battlefield has registered the horrendous accounts of barrel bombs, suicide attackers, and human slaughterhouses. With losses on such a grand scale, parties will not concede to a settlement trivial to sacrifices made or that does not guarantee long-lasting peace.

Both Syrians and Arabs pursue a settlement for Syria, a country that is central to both the Arab world’s history and unwritten future.

The Arab world remains frail so long that Syria is a scene for ongoing transgressions sunk in disarray. Only the people of Syria can decide for their country. More so, Arabs want for Syrians to find a Syria that is home to all its diverse factions.