Vladimir Putin is a game-maker and a surprise-organizer. His counterpart in the Oval Office wants to be too 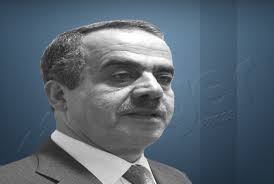 Russian President Vladimir Putin is a game-maker and a surprise-organizer. At the KGB school, he acquired the virtue of hiding intentions. He also learned how important weapons of disinformation could be in winning battles. Western leaders were in fact late to understand what was going on in his mind. He waited until he gathered enough strength before he struck. Former U.S. President Barack Obama’s long term was his golden opportunity.

Putin hoped that U.S. President Donald Trump would acknowledge his triumphs from Crimea to Syria, through Ukraine. Some people even talked about a big deal between the two leaders. Many went to blame Trump’s victory on the head of the Kremlin.

The Russian president seemed relaxed when the winds of pragmatism blew over Washington and other capitals. The priority is to eradicate Islamic State (ISIS), while ousting Syrian President Bashar al-Assad is no longer a concern or an obsession. The Syrian people themselves can negotiate it. During his meetings, Putin talked about a gradual solution that would keep Assad in his post until 2021.

“I am not Obama;” make no mistake in the calculations. Trump was waiting for the right moment to stress what he repeatedly said during his electoral campaign and upon his victory. When his intelligence services informed him that Assad’s forces used sarin gas in the town of Khan Sheikhoun, he grabbed the opportunity. He launched an attack on Syria’s Shayrat air base, hitting three targets: the Assad regime, Putin’s image and his critics in the United States.

The attack labeled Assad’s regime as a regime that uses chemical weapons against its own people. America regained its role as a decision-maker on the Syrian arena. It also restored the alliance against the Assad regime and its practices, and revived the idea of the establishment of safe zones.

The attack blew up the Russian tale on the Syrian war, especially with regards to the use of chemical weapons. Stories recounted by Russia’s representative to the United Nations Security Council were no longer credible. Russia seemed to be covering for practices that remind us of the woes of World War II. The attack also smashed Iran’s own version of Syria’s war: the threats of ISIS are not enough to explain images of torture in Khan Sheikhoun and other areas.

Also, the attack hit Americans who believed that Trump owed his victory to Putin and that he would hand over the Syrian file to Russia, under the pretext of curbing Iran’s influence on the Middle Eastern country.

It is still early to state that the U.S. strike on Shayrat air base represents a turning point in the Syrian crisis. However, one cannot underestimate the importance of what happened. The purpose used to justify the attack makes it difficult for Trump’s administration to go back to its previous stance. The same applies to those who voiced their support for the U.S. strike.

The story of Khan Sheikhoun has puzzled observers. Why has this particular area been attacked with this prohibited type of weapons, while the regime was achieving progress in terms of the postponement of talks on Assad’s fate? Many questions have been raised. Did the regime take advantage of its improved situation to strike a direct blow at the different opposition factions? Is it true that it has been lacking sufficient ground forces to achieve victories, and relying instead on other means despite the danger they represent? Was the attack on Khan Sheikhoun a test for Trump’s administration? Does the U.S. response serve the interests of those who call for the continuation of war and consider any settlement as a loss? Will Iran benefit from the failure of a U.S.-Russian agreement in Syria?

Putin will not disregard the U.S. strike, but his options are limited. In 2013, he succeeded in deceiving Obama. He offered him the Syrian chemical arsenal, while practically guarantying the regime’s safety and the withdrawal of the U.S. Army from the Syrian war scene. Obama rejoiced in the gift, as he always saw Syria as a trap, not an opportunity.

It is clear that the U.S. attack has poisoned the relations between Washington and Moscow. The reinstatement of America’s image as a decision-maker in Syria has rebuilt the pro-U.S. alliance. Any U.S. decision to arm the moderate opposition would bring worries to Putin and might turn Russia’s opportunity in Syria into a trap with unknown results.

Trump’s strike has brought the Syrian regime to near isolation and distorted Russia’s image. It is still early to state that Putin has no other choice but to strengthen his alliance with Iran and engage in a long confrontation in the Middle East. This is an costly choice that the Russian economy cannot withstand.

In the past few weeks, the prospect of establishing a Russian-made Syria has prevailed over other options. Putin seemed to be catching well the strings of the game. He sought to hamper efforts exerted by the moderate opposition rather than focusing on fighting ISIS and the Nusra Front. Many went on to believe that a Russian-made Syria would be an acceptable choice.

Suddenly, the Syrian regime committed a massacre in Khan Sheikhoun and the U.S. responded. Things have changed.

Your weak opponent is your best ally. It is most likely that Putin misses Obama’s term. The former U.S. president was always seeking to avoid traps, which has made flaming crises an opportunity for his opponents. Putin has to rethink his policies, because the man who is sitting in the Oval Office is also seeking to become a game-maker and a surprise-organizer.

What is painful is that all these horrific games are taking place on the Arab arena, which has not yet recovered from the awfulness of Syria’s Khan Sheikhoun massacre and has had to wake up to devastating images of carnage in Tanta and Alexandria churches. Oh Lord!