Abdulnasser Al-Ayed explains that for Russia's 'safe zone' proposal to work, Moscow will need to consider U.S. concerns despite attempts to sideline Washington in the Syrian peace process 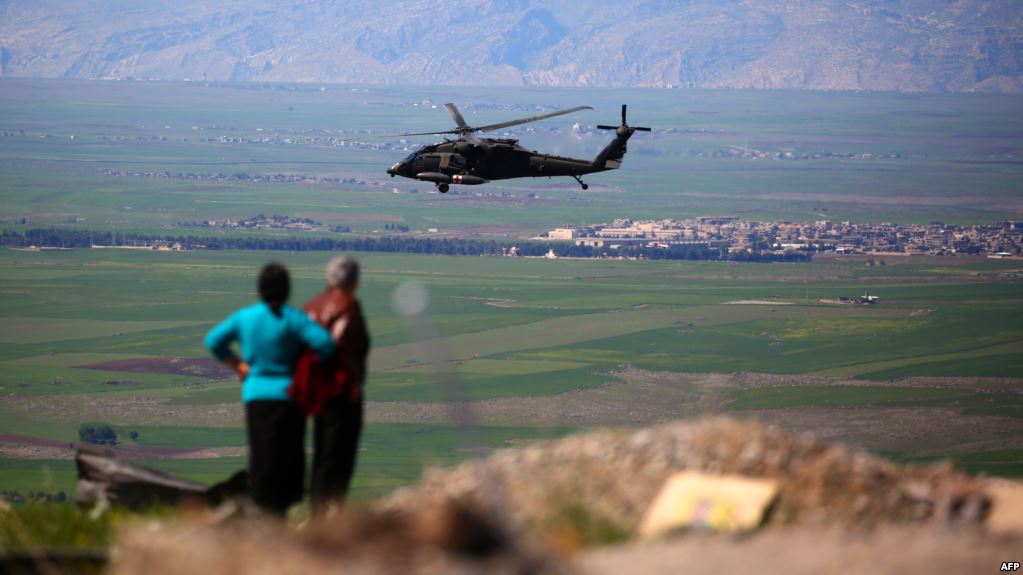 Despite the modulation of the term, the “de-escalation zones” proposed by Moscow at the Astana conference are the same safe zones which U.S. President Donald Trump spoke about previously. The Americans met this prevaricating Russian step with a prevaricating step of its own, sending a high-level official from the State Department to observe the conference. However, when he expressed his view of the talks, he made one important point, which was that the United States is worried over the future Iranian role in Syria, legitimized by this agreement.

Matters are both simple and complicated in Syria at the same moment. The Americans have a Syrian agenda composed of three points: Eliminate the Islamic State (ISIS) and Al-Qaeda, push Iran back to its borders and dislodge Syrian President Bashar al-Assad, putting Syria on the path to resolution.

The Russians, by virtue of their limited capacities, are dealing with the Syrian issue according to the circumstances, advancing when the option is available to them, hesitating at the first warning, and considering the interests of their allies and partners without whom they would not be able to have a presence in the Middle East.

The Russians cannot give up cooperation with Washington, since without them they would end up drowning in another Afghanistan, and so are offering their services in particular with the first point — that is, fighting ISIS and the Nusra Front. However, they have collided with the hurdle of Iran, as in the minds of Trump and his administration, the presence of Sunni extremists is linked to the build up of Shiite militias tied to the vilayat al-faqih (a Shiite doctrine practiced by the clerics of Iran), and that they must be removed from Syrian territory. This is awkward for the Russians, since the Iranian Revolutionary Guard and these militias are clinging to this territory under Vladimir Putin’s warplanes. Iran can rebel against the Russians in Syria, but the Russians cannot do the same.

Regarding the third point — that is, dislodging Assad — the Russians are also finding major difficulty in expressing any flexibility around this. Assad is the one who brought them into Syria through an official agreement and who granted them strategic portions of the country. He is the sole legitimate cover for the Russian presence in Syria, especially in light of the intentional and longstanding concentration of command to Assad, which makes it nearly impossible to find a military or civilian figure able to replace the president if the Russians were to swap him with another figure from inside the regime. This is not to mention that it would harm the interests of Iran, which also considers the survival of Assad to be a guarantee of its influence in Syria. In his absence, they would only have the weapon of the sectarian militias, who have become exposed with the American, Arab and Israeli insistence on dismantling them.

The important test for Russian diplomacy is in the coming Geneva conference, as the Americans are waiting (after humoring the Russians in the Astana military talks) for them to prove that they have a serious proposal regarding the political negotiation process, and that they have answers and a clear vision regarding the stages and contents of the political process, which should end with the departure of Iranian military forces from Syria and the departure of the Assad family from power. This requires the Russians to exercise their influence on these two parties to induce them to do so. If that occurs, Russia will be rewarded by Arabs and the West.

If Russia does not provide a credible response, and accept the deal, Washington still has a surplus of cards to play. One card is serious support for rebel groups to roll back extremists, the regime and Iran’s militias at the same time, shaking up the picture for Russia and bleeding it militarily and politically. Another is using Assad’s violations as a reason to mobilize an international alliance with United Nations and human rights legitimacy against him. The third card would be to move toward imposing safe zones by force far away from Moscow’s influence. Alternatively, the U.S. could strike a devastating blow to Iran through Israel in the heart of its arm Hezbollah in Lebanon, or even direct American strikes against the Assad regime — and there are parties in the region ready to pay the price, whatever it costs.

If developments come to this point, matters which had seemed very simple will reach a highly complicated stage which will be impossible to calculate or predict.

The wheel of Trumpian foreign policy will begin to spin soon, when the strategies and plans which he has requested around various issues are completed. He will travel to the Middle East first, stopping in Saudi Arabia and Israel, because he has discovered the axis of his foreign policy and its priorities, and that is Iran. Regarding the Syrian issue, the matter of Assad’s departure had become a foregone conclusion before all these arrangements, thanks to the recklessness of Assad and his use of chemical weapons for a second time.

The American missiles that struck the Shayrat air base resemble what are called warning shots in military terms, meaning that this place will be a target for a devastating attack to come and those who want to avoid harm must leave it.

Based on the previous viewpoint, what are the de-escalation zones which were determined at Astana but useless ink on a map?