The Syrian-Palestinian political commentator says the powerlessness of the opposition stems from its failure to understand its own role, and its relationship with foreign powers and its own people 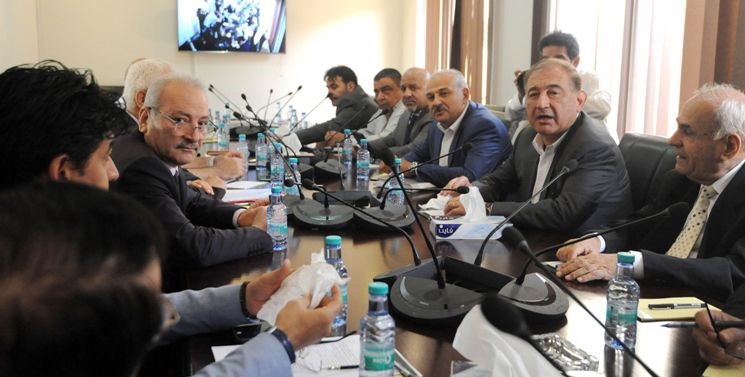 Apparently the recent meetings in Riyadh between the High Negotiations Committee and the Cairo and Moscow platforms did not succeed. The HNC delegation rejected proposals offered by the Moscow platform, and thereby derailed the meeting’s aim of imposing some political dictates on the committee. This includes, most importantly, stepping back from the Geneva 1 declaration and prioritizing United Nation Security Council Resolution 2254 instead, making the Assad regime’s stance the general position.

However, matters are actually more complicated, deeper, and more dangerous than this. The mere sitting of the HNC delegation — which represents the largest number of Syrian opposition entities, political, military, and civilian, including the domestic National Coordination Committee (which was a major step back from its previous position of insisting it was the sole representation of the opposition) — was one issue. The second issue was that the HNC seemed in this meeting to be another platform, alongside the Cairo and Moscow platforms, meaning that its representative or legal status has become subject to doubt or review.

In reality, this issue did not appear today, and if we hope to understand the whole story, we must see that the HNC gave up its legal status by submitting to the Astana track as an alternative negotiating track in Geneva, and created a separate negotiating entity as an alternative to the HNC. This acceptance of the presence of platforms was preceded by the acceptance of another negotiating entity, which is the military factions, and more dangerously than this was that these two transformations did not come as the result of self-conviction, but as a result of foreign dictates.

The Syrian opposition today accepts what it had yesterday rejected. And it therefore will accept tomorrow what it rejects today, and it will find an excuse to cover for this, as occurred in a number of its volatile and changing positions, without expressing any critical review or assigning any type of blame for this or that position.

To be fair, it is understood that the regional and international situation is putting pressure on the Syrian opposition, and that this revolution losing its popular depth has affected it negatively after millions were displaced. However, the idea here lies in the weakness of this opposition’s knowledge of itself, and its own role, and its relations with its people, as well as with regional and international realities.

The problem is that no one has noticed this opposition establishing a basic political entity — that is, a coalition, with any critical review and responsibility for its experience, or its rhetoric or its way of working. Nor did anyone notice an attempt to develop the coalition to bolster its representative and fighting position, rather than leaning on the outside world for acknowledgement of this or that entity, because what happens today could be different tomorrow, as we have seen.

It seems that the story today is not a story of dialogue between platforms. There is evidence to suggest that the moment which has come for this or that entity has instilled another moment to find other frameworks, regardless of this or that position, because the matter relates to the ability to act, as well as to the extent of its reliability or the extent it is beholden to outside powers, rather than to the people and their interests and aspirations — and this is an issue which the opposition has failed on its examination, or has failed to understand correctly.