The agreement made between the interested parties, has ensured that no-one is losing out during the government's assault on Darra, apart from the opposition factions writes Al-Hayat 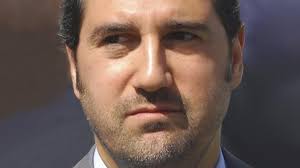 Israel agreed to the entry of the Syrian army into Daraa, through a Russian-Israeli agreement and with American approval. The Moscow-sponsored agreement included Russian guarantees that the Iranians and their militias, including Hezbollah, would move away from the Syrian-Israeli border. But observers say that Russia might have provided a guarantee for the exit of the Iranians from all regions of southern Syria.

Such a movement could not have begun without Israeli approval. Only one month ago,Tel Aviv saw the advance of the Syrian army as the advance of the Iranian Revolutionary Guard. This was impossible. Suddenly, Israeli air raids stopped and the army began to advance. The guarantees given to Israel was now unquestionable.

In early 2011, the first year of protests in Syria, the late New York Times journalist Anthony Shadid interviewed Syrian businessman Rami Makhlouf, cousin of Bashar Al-Assad. Makhlouf said in the interview, "If there is no stability in Syria, there will be no stability in Israel. No one can guarantee Israel's security if something happens to this regime! "At that time, the Resistance media launched an attack on Makhlouf. The "transparency" of the man was scolded by his regime.

But what is happening today is one of the chapters that Makhlouf had "envisioned." In the context of the regime's disintegration, the Iranian Revolutionary Guard and its pro-Syrian militias arrived in Syria to protect the regime. The Revolutionary Guard, and behind it the arsenal of the Resistance, understands that the protection of the regime can only be secured through the launching of a regional war that raise world fears. The regime realizes that the world's concern for Israel is stronger than its desire to support the Syrian uprising against the regime. In light of this knowledge, the Revolutionary Guard and its militias approached the border with Israel, and the latter launched daily raids on Iranian positions. These raids were the start of a comprehensive war. The Russians opened Syrian airspace for Israeli aircraft that bombed Iranian positions daily without any reaction from Tehran and its allies.

All of this was to reach a deal. Iran’s goal of getting closer to the border has never included a war with Tel Aviv, and the latter is not interested in the future of the regime if the latter is subjected to the requirement of not approaching the border. In fact, Israel would not mind giving the Syrian regime another chance if it secured its borders in the Golan Heights, as it has done for 40 years.

Tehran, in turn, has achieved the goal of its expansion in Syria, moving away from the border with Israel is part of a deal that preserves its influence in Damascus, far from these borders. As for the "liberation of Palestine", it can wait for a few more centuries as long Tehran as is gaining sectarian benefits through its conflict with the "enemy".

Rami Makhlouf's prophecy was realized in the literal sense of the word. The Resistance has employed its protection of Palestine to protect the regime of tyranny and murder once again. And once again, the Syrian opposition factions revealed that they were nothing more than a small tool in the hands of regional and international operators.

Tel Aviv has secured its borders, Tehran has received its sectarian rewards, Moscow has sponsored the dirty deal, and the regime's army has advanced to Daraa.

Rami Makhlouf did not lie when he said what he said.