Syria's Druze community have tried to remain neutral during the Syrian war, but local events could force their hand writes Asharq al-Awsat. 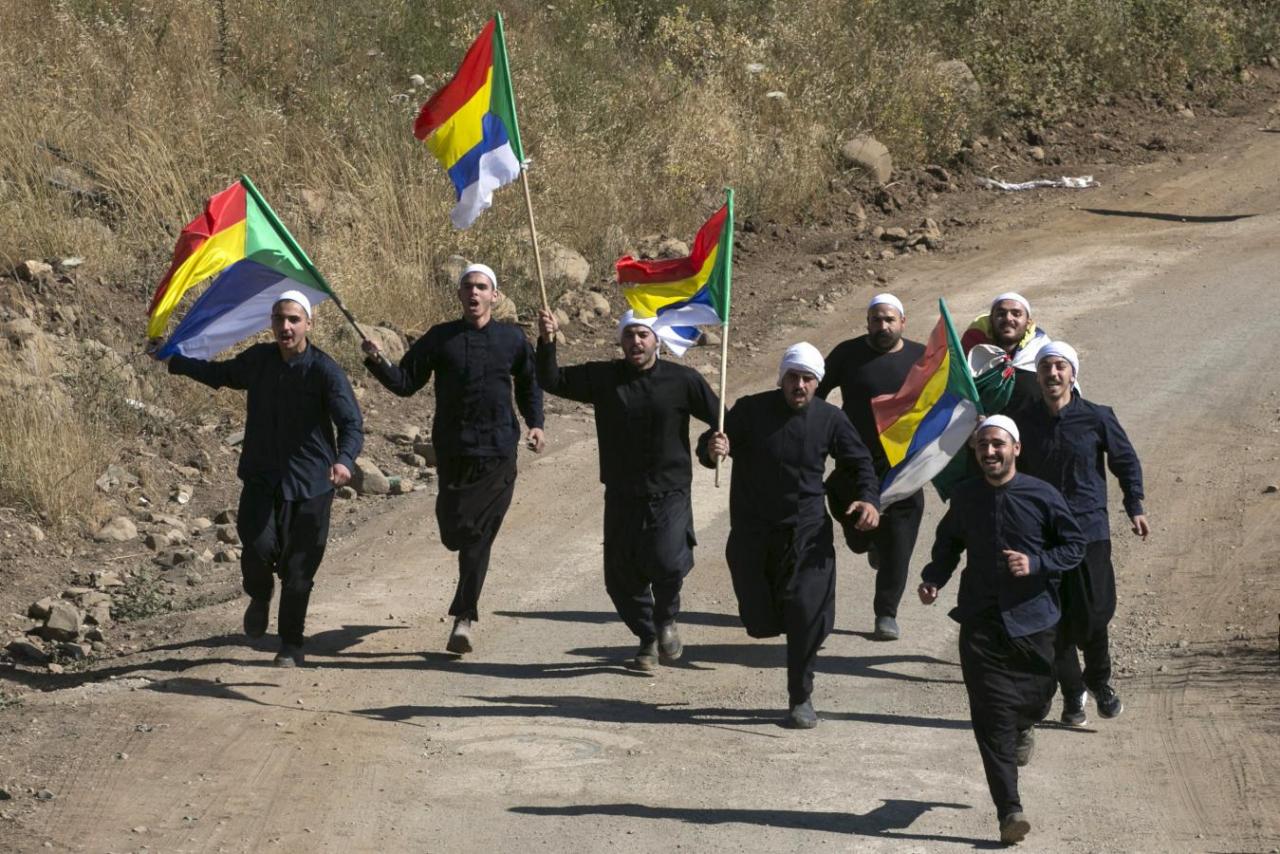 Throughout history, and up to the current dark moment which the Druze are enduring after the “Black Wednesday” massacre in Suweida province in southern Syria, this sect has had two priorities: First, the defense of its land and honor, and secondly, the preservation of its independence. If we consider these two priorities, we will find that they are a central factor in the philosophy of this Arab-Muslim community in the Middle East.

As an example of the defense of their land, the Druze refused to leave their villages in northern Palestine, and they have waited out the Israeli occupation. The have struggled to gain respect through political systems. Today they stand strongly against the “Nation State Law” because it threatens their position and discriminates against them, and against every Arab — indeed, against all those who desire plurality and coexistence.

In Lebanon, the Druze have always been killed while defending their existence. They have rejected attempts to penetrate their ranks in a country ruled by sectarian customs, constitutionally and in practice. In Syria, amid the state’s dealings and punishments, they have been killed defending their identity, their culture, their independence, and the independence of their environs. This is just like the campaign of Ibrahim Pasha in Jabal al-Arab (Suweida) that they faced at the start of the 19th century, and their fight against the French mandate in the 20th. They participated in the pan-Arab and Syrian independence movements which penetrated sects and religion. Even their small minorities in northwestern Syria (Idleb province) and the southwest (Quneitra province) have struggled stubbornly to preserve their existence under heavy pressure and have paid a high price in blood.

Today the Druze find themselves in a critical situation. Even if they have previously endured similar days, they now live in a geographical spot where the interests of greater forces intersect, and almost all lack a clear strategic vision.

In Syria, the Druze grew confused and hesitant in their choices when the revolution against the Bashar al-Assad’s regime erupted and the country gradually turned into a secure base for Iranian regional expansion and a tactical partner for Moscow, as well as a seasonal client for Washington, in addition to its role as a postal service for Tel Aviv.

They knew well the latent sectarianism of the Assad regime, and they have also measured its deliberate extortion and harassment of the land. However, they were not reassured by some of the revolutionary factions and their connections to foreign sectarianism. There are those who say, rightly or wrongly, that their delay in standing with the revolution encouraged other minorities to take negative stances, which served the goals of sectarians, and allowed them to later ride the revolution’s wave, benefiting from the monstrous repression carried out by the regime and its backers.

However, despite that, the Druze soon felt that they had no interest in leaving their fate in the hands of a regime that does not defend minorities — despite what it claims — but barricades itself behind them and trades in their fears and incites them against one another. In fact, with the increasing oppression, especially in Daraa province, which borders Suweida province, a powerful Druze movement has emerged which rejects internal fighting and carrying weapons, except for self-defense inside the province. What became known as the “Sheikhs of Dignity” gained status and respect, and rejected the premise that Suweida’s people should fight against their brothers in other Syrian areas. The result was that in 2015 the regime eliminated the leader of the “Sheikhs of Dignity,” Sheikh Wahid al-Belaous, who said the famous phrase, “Our dignity is more precious than Bashar al-Assad.”

Currently there are 53,000 young Druze men at the age of compulsory service, who have refused to fight in the Assad army and with the sectarian militias that support it, out of concern for the lives that remain among Syria’s residents. There are those who said that this rejection was behind the collusion that allowed the horrific massacre to occur.

The conflict of local, regional and international interests, both tactical and strategic, as shown by the “Black Wednesday” massacre, does not want to allow a group in the province to remain neutral and thereby perhaps serve as a model for how to stop the chain of killings, destruction and division.

It is pointless to discuss what the Islamic State (ISIS) is and the uses of this group and the conditions of its development. However, it is enough to say that it is a chess piece being moved for the interests of all those claiming to fight it.

The Russian intervention benefits from the current situation of the American leadership which is ranking its priorities with the regional and local players, but it still fails to understand the region. There is not necessarily any interest for Russia to target the Druze, but its position so far is compatible with the regime’s vision. In contrast, Iran’s calculations are different. They are based on geopolitical retaliation against Arabs first and Sunni Islam second. This has been shown by the policy of systematic displacement, which could come to include the Druze if they do not join its war against the Arabs and Sunnis.

Meanwhile for Israel, the important player in southern Syria, their considerations for dealing with Iran’s policies have varied between selective support and reining in when necessary. Israel knows well what it wants. It also understands — perhaps like Iran — the geopolitical and demographic calculations, and therefore the situation in southern Syria must be affected by its final choices regarding the limits of the Iranian withdrawal, if it is able to impose this, and to what extent it is able to use the remaining remnants of ISIS.