The head of the Quneitra Military Security Division was targeted in an assassination attempt, wounding him and killing his companion reports Nadaa Syria. 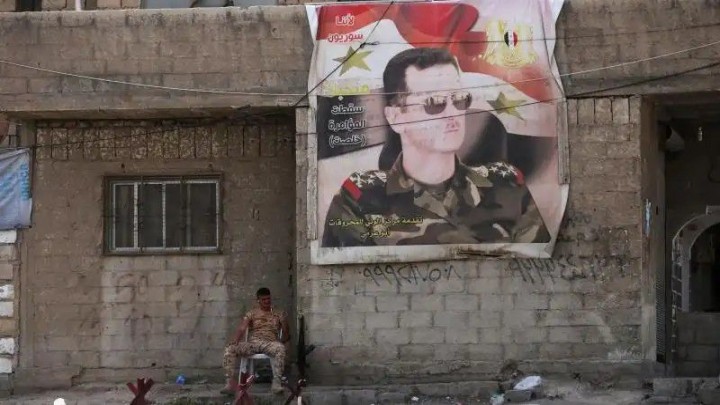 A senior officer in the Military Security Division of the Syrian regime was subjected to an assassination attempt on Tuesday at noon, which wounded him and killed his companion.

Media sources reported that unknown persons targeted the head of the Quneitra Military Security Division, Brig. Gen. Ali al-Saleh, on the al-Salam highway near the town of Kanaker between the governorates of Damascus and Quneitra.

Pro-regime sources confirmed that Saleh was wounded and his companion, Muhammad Mahmoud Issa, from the town of al-Madhalla in the Tartous countryside, was killed.

This operation comes after the instabilities that the town of Kanaker, in the western countryside of Damascus, witnessed, including road blocks, the burning of tires and the burning of pictures of Bashar al-Assad, against the backdrop of security branches arresting three women from the town.

The Syrian regime’s intelligence responded to these protests by targeting Kanaker with Shilka vehicles and heavy machine guns, in addition to reinforcing their checkpoints at the entrances and exits of the town in preparation for any new unrest.