Asma al-Assad has reportedly sent handwritten notes to those who were affected by the recent fires on the coast, in an attempt to boost her profiles writes Shaam News. 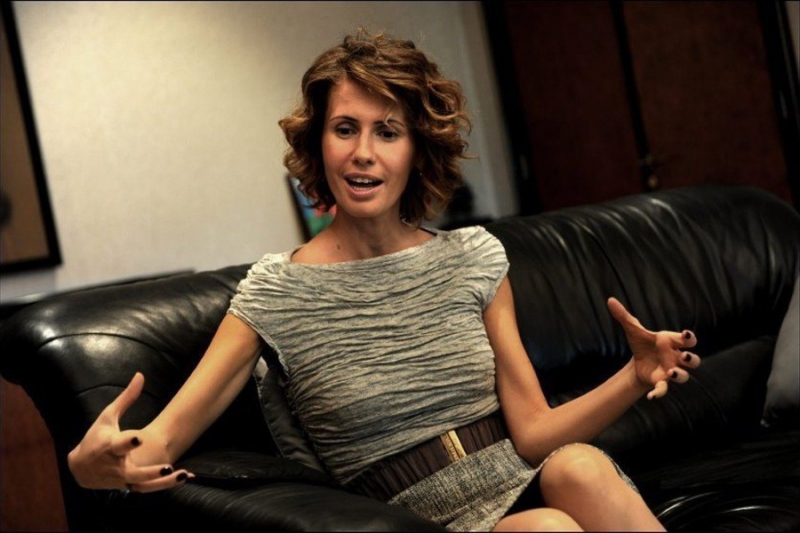 Pro-regime media sources and associations affiliated with Asma al-Assad, known as The First Lady of Hell, published a picture they said was of a handwritten message that was attached to each of the olive plants that was distributed to those affected by the fires on the Syrian coast during the handing out of donations.

The sources pointed out that the funds were collected by Syria Trust for Development, supervised by Asma al-Assad, the wife of the terrorist Bashar al-Assad, as part of a campaign of financial donations to support farmers whose crops were burned due to the fires that ravaged the coast last October.

Following the donation drive organized by the Assad regime, Syria Trust for Development said that it has allocated 8 billion Syrian pounds from donations to compensate for the burned crops, as part of the regime’s effort to promote itself, especially with the letter being written in Asma’s own handwriting, and her promises to provide people with support.

The head of the terrorist regime and his wife, used the tragedy on the Syrian coast to promote themselves during their visit to villages and towns that were devoured by the fires, which the regime failed to contain.

This came in a scene that appeared to be a competition between the head of the regime and his wife. The regime’s media published photos of the First Lady of Hell visiting a group of modest development projects for families in the villages of Beit Sohin, Naquru, and Wata Deir Zenon in the Lattakia countryside.

According to the regime’s presidential page, Asma met with people and discussed with them using development loans to revive small and medium enterprises, restore agricultural and livestock production, support workshops and professional projects, and rehabilitate what was harmed.

It is not the first time that Asma has exploited such incidents to promote herself in the media, as she has previously organized and called for several meetings within programs and associations affiliated with her, most of which are projects to support the families of the dead and wounded from the regime’s militias. These associations, that are supposed to be for charitable work, depend on the state budget to stay afloat, but are mainly used by Asma to promote herself.

Asma deliberately speaks out in the media at specific times she deems appropriate in order to promote herself and come across as someone who cares and follows up.  In her previous appearances, she has tried to absorb the growing anger in the ranks of the army due to the great neglect they suffer.