The Constitutional Committee has continued its work in Geneva, with talks dominated by the issue of refugees writes Alsouria Net. 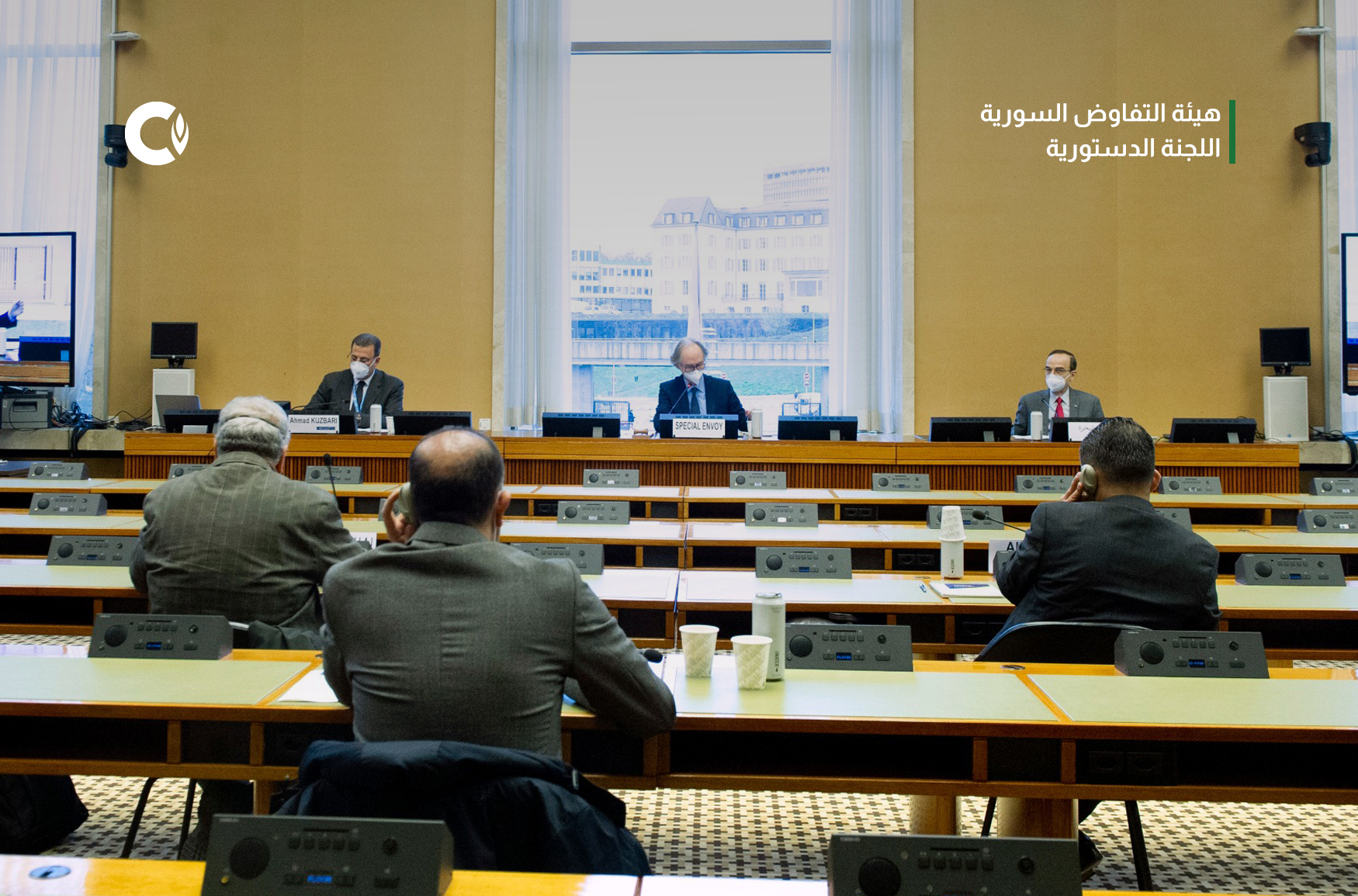 The first day of the fourth round of the meetings of the Syrian Constitutional Committee, held on Monday in Geneva, ended with an argument between the regime and the opposition delegation over the issue of the return of refugees.

The regime’s delegation demanded that the issue of the return of refugees be regarded as a national principle and that it not be politicized and exploited to achieve political and economic gains, according to the regime’s news agency, SANA. The opposition delegation, on the other hand, rejected that, saying the refugee issue is humanitarian, legal, and non-negotiable, stressing the principle of voluntary, free, and safe return for all Syrian refugees.

According to the Syrian Negotiation Commission, which represents the opposition delegation, the refugee issue was an important item on the agenda on the first day of meetings in Geneva, and added, through its official account on Twitter, that the head of the opposition delegation, Hadi al-Bahra, considered the refugee issue a humanitarian issue that is lawful and non-negotiable. Bahra stressed adhering to the conditions for the return of refugees, which include that the return be voluntary, safe, free, and dignified.

According to SANA, the regime delegation said that the regime called on the international community to stop terrorizing Syrian refugees and persuading them not to return to their homeland, adding that, “the measures and steps taken by the concerned state institutions to facilitate the return of refugees have contributed to the return of hundreds of thousands of Syrians to their homes, despite the obstacles that the countries hostile to the Syrian people continue to put in place to prevent this return, especially the imposition of sanctions.”

According to the opposition delegation, several constitutional principles were discussed on the first day of the fourth round of meetings in Geneva, on top of which are economic principles and principles related to national identity, in addition to the principle of national sovereignty and social contract.

The second day of meetings began on Tuesday morning, with the participation of the delegations of both the regime and the opposition and the civil society delegation, and under the auspices of the United Nations. The fourth round will continue until Dec. 4, 2020.

The fourth round will discuss national constants, an item that was on the agenda of the third round, in addition to constitutional principles, according to what an opposition source told Alsouria Net.

The Constitutional Committee wrapped up its third meeting in Geneva last August, in the presence of the delegations of the Assad regime, the Syrian opposition, and civil society, without reaching anything tangible at the level of writing a new constitution for Syria.

The fourth round of the Constitutional Committee meetings comes in tandem with the attempts of the Assad regime and Russia to realize political gains, the last of which was by playing the Syrian refugee card with a conference in Damascus two weeks ago.