Women in Suweida have gathered to protest the transferring of those arrested at recent protests to Damascus, and called for their release reports Suweida 24 Network. 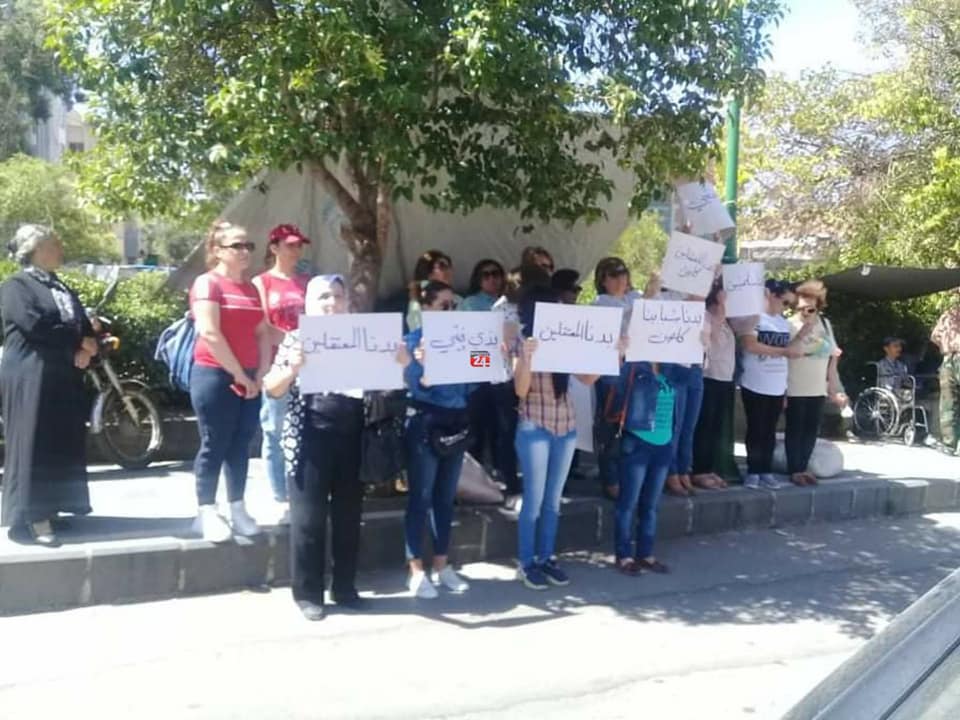 Suweida city witnessed a protest yesterday by a group of women demanding the release of those detained at recent demonstrations, some of whom were transferred to Damascus by the Assad regime.

A group of women from Suweida governorate participated in a protest in front of the governorate building in Suweida city demanding freedom for the detainees.

The protest came after the Assad regime transferred some of the detainees who had been arrested at recent protests to security branches in the capital, Damascus.

Negotiations over the detainees faltered after the Security Committee decided to transfer most of the movement’s detainees to Damascus.

On Sunday, Suweida’s “Youth of the Peaceful Movement” called for the return of protests to the street, and for them to, “not cease their demands, foremost of which is immediate release of the detainees,” according to a statement they released.

Those in the movemant had waited, “in good faith for release of the detainees, without any movement on the street,” the statement said.

The statement called on the people of Suweida to stand up for, “honor and dignity, to support their brothers who went out and called for the demands of everyone.”