A Syrian refugee living in Lebanon has set himself on fire, so that he didn’t have to face a life of hunger and poverty reports Brocar Press. 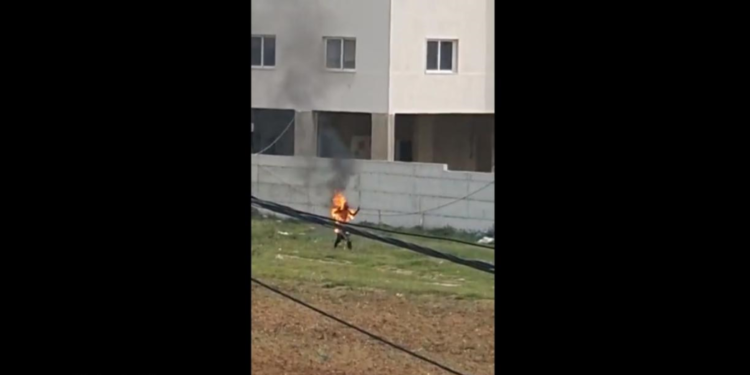 A Syrian refugee surrendered to hunger and poverty and set himself ablaze in the Lebanese town of Taalbaya on Sunday. The man could be seen in a video walking down the road holding his hands in the air as the fire ravaged his body. The footage was shared multiple times on news and social media platforms.

According to Lebanon’s National News Agency (NNA), the refugee, 50, was provoked by the deteriorating living circumstances and was in a critical condition when he was transferred to the Bekaa Hospital, noting that he suffers from third-degree burns.

On social media, people recalled Tunisian Mohamed Bouazizi who set himself on fire in 2010, protesting poor living conditions and eventually setting off the Arab Spring revolutions.

Brocar Press has not shared the video due to its sensitive and harsh content.

This was not the first incident in Lebanon, another Syrian refugee set himself on fire in 2018 outside a UN office in desperation, after aid was cut off to his family despite their immense need, his wife told AFP at the time.

Meanwhile, the government estimates that 1.5 million Syrian refugees are in the country.