A resident from eastern Ghouta has reportedly contracted the coronavirus, while serving on the frontlines in the southern Idleb countryside writes Baladi News. 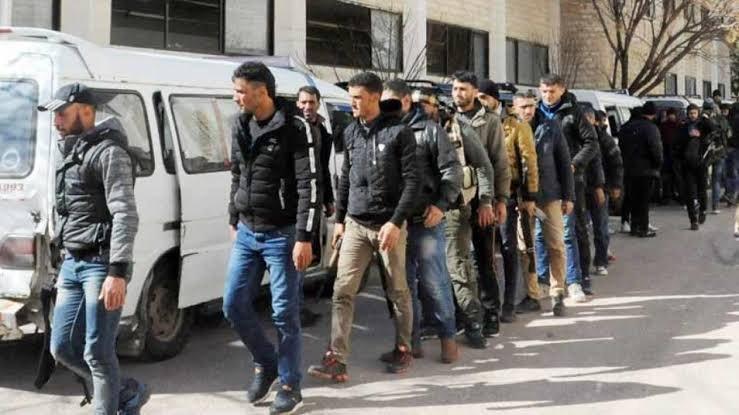 Local media sources said that the first case from eastern Ghouta of the coronavirus has been recorded. The infected individual contracted the virus while performing military service with regime forces in the southern Idleb countryside.

The opposition Sowt al-Asima website said that the soldier, known as Moutaz Tohmeh, had contracted the virus days earlier while on the fronts in the Jabal al-Zawiya area in the southern Idleb countryside. He had been with fighters from the Fatimiyoun militia and the Zeinabiyoun militia, who are fighting alongside regime forces.

The website added that Toumeh had been taken to the Military Hospital 601 in Damascus on Monday and given medical permission to return to his home in Douma in eastern Ghouta in the Damascus countryside.

The website said that the fighter had undergone medical testing in a hospital in Hama province before being given medical permission after showing symptoms suspected to be coronavirus.

It said that Toumeh was 34 years old and had been arrested in August 2019 and sent to the fronts in the Idleb countryside to carry out military service.

Medical sources in Damascus previously told the website that, “the disease has spread, but many patients in the al-Mujtahid and al-Mousawat hospitals who exhibited symptoms of the coronavirus have been killed by giving them an extra dose of sedative drugs, before the presence of the disease could be verified.”

The Health Ministry on Sunday officially acknowledged the first case of the coronavirus after weeks of denying that there was any cases or that it had reached Syria. They tested hundreds of people, according to the ministry, saying that everyone tested negative for the virus.