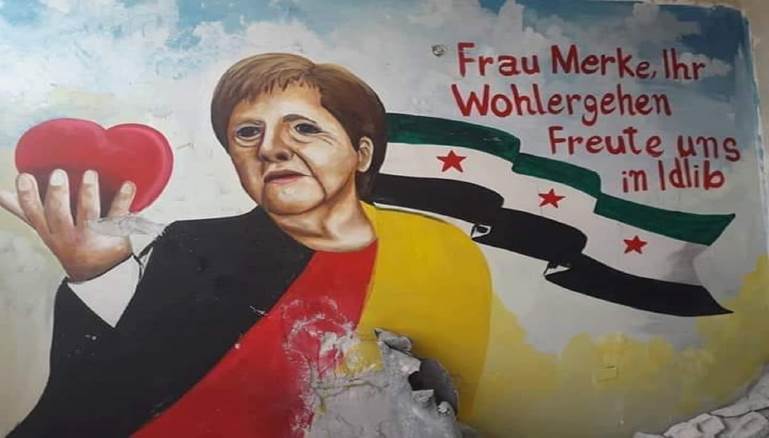 Syrian activists have published images of new mural in Idleb city showing German Chancellor Angela Merkel, wishing her to be safe from the coronavirus after news that she may have been infected.

According to reports, the mural prayed for Merkel’s health, because of her humanitarian position with regards to the issue of Syrian refugees, when she allowed the borders to be open to them in 2015, which made Germany the main European country to receive Syrian refugees.

On the mural it was written in German: “Ms. Merkel, your good health brings us joy in Idleb.” Activists repeated the phrase: “What is the reward for good but good. This woman deserves all the best.”

Millions of people around the world have expressed concern with regards to Merkel, who is 65, when it was announced a few days ago that she had entered medical quarantine after she was suspected of being infected with the coronavirus. But the results of the medical test came back negative. The German chancellor has gained global admiration in recent years for her position on issues of asylum and migration, as well as standing against populist politicians, including American President Donald Trump, and has been given unofficial nicknames like “Mama Merkel” and “Leader of the Free World.”