The Syrian Safety and Defection Center is working to secure a safe place for those who have defected from the regime army and are looking for safety reports Zaman Al Wasl. 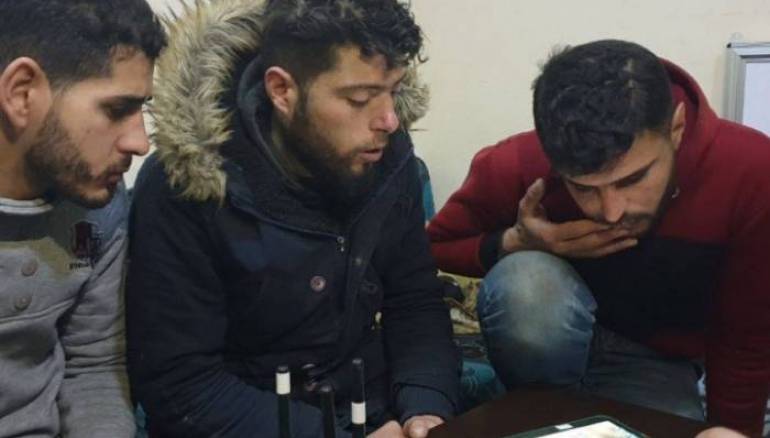 During the first stages of the Syrian revolution, many officers and soldiers defected from the Syrian army and joined the ranks of the rebels to defend their families and their homes.

However, with Russia’s military, political, and even media and psychological meddling, and with the receiving of settlement deals, that stopped. Consequently, a number of activists established the Syrian Safety and Defection Center (SCSD) to help those who defect and to find a safe place to settle.

Ibrahim Nizar al-Tawil, 22, is one of the recently secured elements. He was one of the young men who was tricked by the Russian settlement. The center was able to bring him to safety and he was given the choice of either staying in rebel-held areas or moving to any other place where he feels safe, even if it is outside Syria.

A number of activists were contacted, who explained the difficult conditions, the liquidation and detention of many, as well as the weariness of the soldiers in the ranks of the Russian occupation forces. Many Syrians were arrested at their universities and workplaces and were forced to face their countrymen on the battleground. The source explained that he had met with volunteers from a number of fields and worked to establish the SCSD, in coordination with various revolutionary factions, in order to help save these young men and secure their escape, not only from the fronts, but from any other place in Syria where they do not feel safe.

The main goal of the center is to provide the soldiers and officers who were exploited with an opportunity to escape the grip of occupation forces.

The Center faces several logistical obstacles, but with a great deal of help, they were able to overcome them and, within a few days, they could secure any defecting elements serving in the ranks of the occupation or any of Assad’s civil or military institutions.

The source disclosed that the center was able to secure a number of soldiers as well as an important figure from the regime’s government, whose identity will be announced within the next few days.