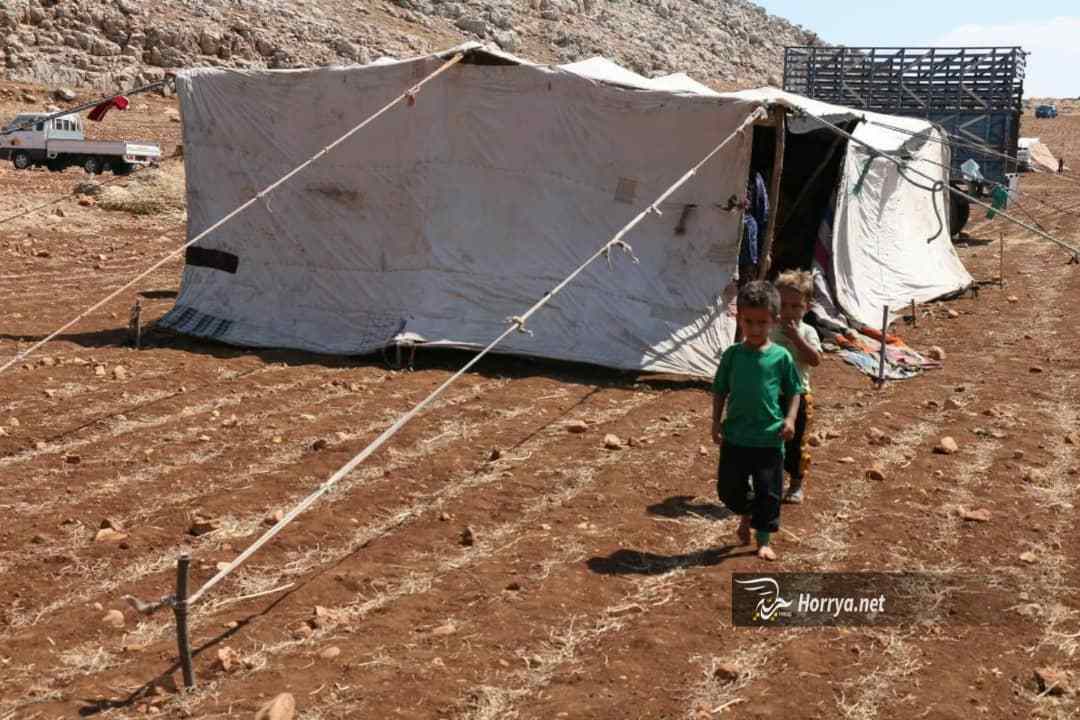 Opposition-controlled areas in the northern and western Hama countrysides were subjected to a military campaign by regime forces and their ally, Russia. Artillery and aerial bombardment began to strike these areas three days ago, using guided missiles and barrel bombs, killing and wounding residents and destroying dozens of homes and damaging other possessions.

The bombardment campaign on these areas, which is still ongoing, has led to a major wave of displacement among civilians who fear the bombing. The movement IS concentrated in the Al-Ghab Plains area and the Shashabo Mountains area, which are densely populated with residents and displaced people. The rate of displacement in these areas has been more than 75 percent, with some people reaching camps on the Turkish border and others sleeping in the open under olive trees near a Turkish observation point in the Shir Maghar village in the Shashabo Mountains area north of Hama.

Khalid al-Ali, a member of the local council for the Shashabo Mountains area told Hurriya Press that the displaced people who had arrived near the Turkish observation point were suffering from water shortage, which was a major problem for the original residents of the area, as a result of the scarce water resources there. He said that the displaced people were mostly from villages of the southern Al-Ghab Plains and the town of Qalaat al-Madiq, and they had no place to stay. He stressed that they needed immediate aid, especially in the camps, given that the winter season was approaching.

Ali feared that the military campaign would escalate on the Hama countryside areas, which could lead to thousands of residents being displaced as the winter begins. This could lead to a humanitarian disaster in terms of services, medicine, aid and otherwise. He said that aid groups usually did not work in areas being bombarded or even in those where there was the least degree of danger.

Pro-regime pages are saying that a military campaign on Idleb province has begun, adding that the battle has been called “Idleb Dawn” after the tripartite summit (Turkey, Russia, Iran) failed to take a decision to stop the battle for the rebel-held areas of the north.