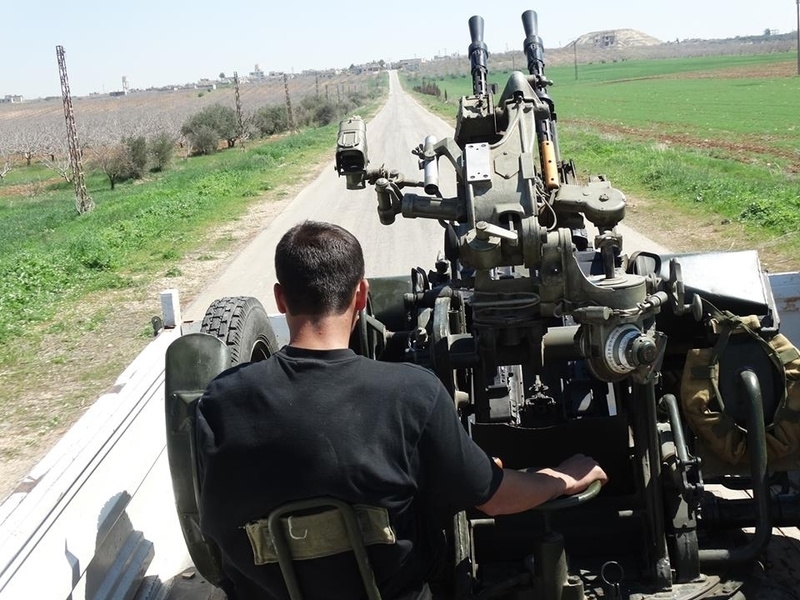 Rebels targeted the northern and western regime checkpoints at the entrances to the city of Idleb on Thursday. Activists said that more than 50 mortars fell on checkpoints as a prelude to the storming of the city. The Nusra Front and the other factions did not officially announce the start of a new offensive, but sources close to the battlefield confirmed that many shabeeha and regime soldiers have been killed or injured in the security zone – which includes the State Security Branch and a number of checkpoints – due to shelling.

Sources added that a convoy of shabeeha from the pro-regime cities of Kafraya and al-Fuaa were seen heading towards Idleb to support regime forces and National Defense and People's Committees militias fighting there.

The Nusra Front, Ahrar ash-Sham Movement, the Islamic Front and the Fifth Corps are believed to be involved in the fighting.  Leaders of the rebels confirm the battle’s importance, stating "the liberation of the city means the fall of a number of camps surrounding it, like Al-Mastumah, the brick factory, and the checkpoints of al-Qiasat and Bsanqol, in addition to opening the road towards the villages of Kafraya and al-Fuaa. The towns of Kafraya and al-Fuaa are considered the two most important human reservoirs and training sites for Shiite fighters and militias, including Hezbollah, the Revolutionary Guards and other militias".

The Nusra Front had recently stormed the city of Idleb in October last year, where its suicide bombers managed to carry out missions inside the security zone, killing a number of regime troops. Nusra was later forced to withdraw following battles with the Syrian Rebel Front.

Nusra, with the support of other factions, later attacked the camps of al-Hamidiyah and Wadi ad-Daif, liberating the well-fortified areas in less than 48 hours. Rebel sources believe factions have finally decided attempt the entire liberation of Idleb. Military sources expect the fall of Abudduhur airport, Jisr ash-Shughur and Ariha if the rebel operation succeeds.