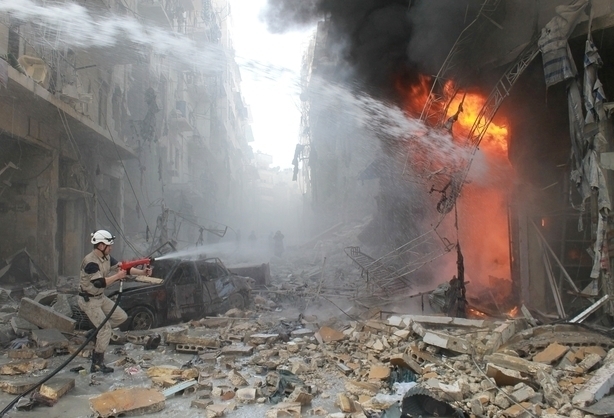 At least 15 civilians, including six women and five children, lost their lives in barrel bomb attacks on rebel-held Aleppo on the first day of Eid, the Muslim holiday marking the end of the fasting month of Ramadan, a monitoring group said on Friday.

The Syrian Network for Human Rights (SNHR) said at least five people, including three children and a woman, were killed in a barrel bomb attack on the town of Darat Ezza near the northern city of Aleppo.

Syria’s death toll of the first day of Eid reached 58, according to SNHR.