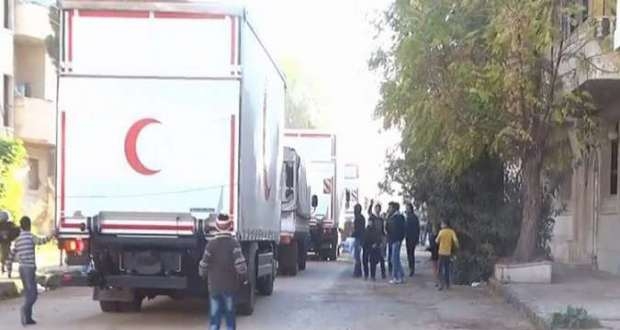 Humanitarian aid has begun entering the Homs neighborhood of Al-Waer Saturday following a truce between the Assad regime and Syrian opposition factions, according to Homs Governor Talal Barazi.

"International organizations have begun sending relief convoys on Saturday in cooperation with the Syrian Red Crescent," Barazi said, adding, "the calm atmosphere in the neighborhood reflected positively on the flow of relief to the district."

Al-Waer, in the west of the city of Homs, is the last opposition-held neighborhood in the city, having endured constant shelling by regime forces after several previous attempts to establish a truce in the neighborhood failed. About 75,000 people currently live in the neighborhood, according to Barazi, compared to 300,000 before the outbreak of the conflict in March 2011.