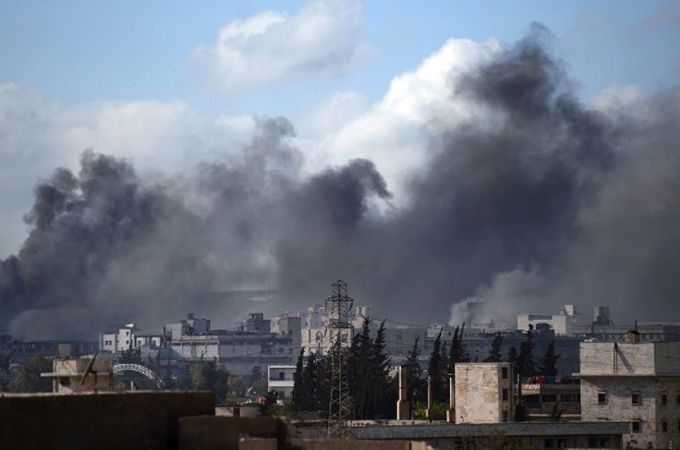 Media activists in the besieged area of Moadamiyat al-Sham, western Damascus, said regime forces shelled the town with 60 mortar rounds and seven barrel bombs on Wednesday, hours after at least 10 people were killed in a purported toxic gas attack.

Moadamiyat al-Sham has been under major attack by regime forces this week after the collapse of a fragile truce with rebels following more than two years of suffocating siege.

Late on Tuesday, at least 10 people, including a 12-year-old child, were killed in an alleged sarin gas attack on the western neighborhoods of Moadamiyat, medics said.

Local activists said the regime's gas attack is a continuation of the flagrant assault on civilians which has defied all international conventions since the deadly Ghouta chemical attacks in 2013.