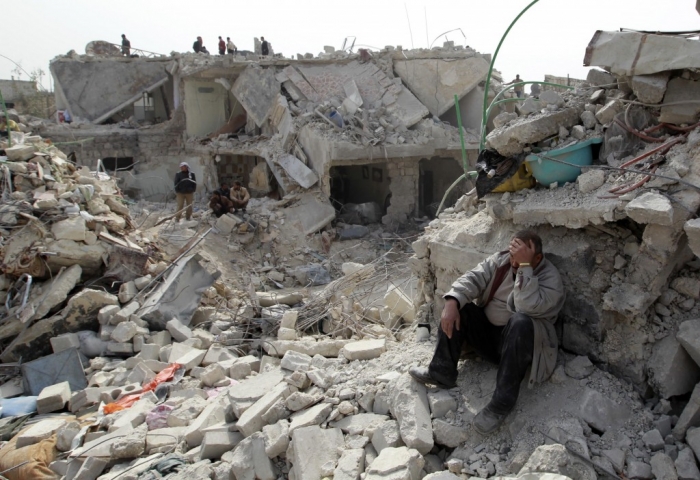 Syrian Opposition members objected to the presence of a “U.S. Veto” against the armament of the Syrian opposition, despite the fact that the artillery shipped was sent by a powerful Arab country.

A Syrian Opposition source told Asharq Al-Awsat newspaper that operations on equipping the opposition with ammunition and weapons are completely on halt under a U.S. order circulated by both southern and northern operation rooms under the title of “giving the Geneva negotiations room.”

Sources said that the opposition delegation sent to the negotiations was informed in writing from a fellow Gulf country ambassador that military aid was effectively sent to help the opposition confront the Syrian regime. The shipment includes missiles man-portable air-defense system; however, Washington refused granting the aid access into Syria.

Opposition sources spoke of another American veto, which blocked Turkey from sending a thousand Ahrar ash-Sham fighters to north Aleppo to fight ISIS.

Turkey had requested that Ahrar ash-Sham and the Sham Legion send one thousand combatants each to fight ISIS in Syria, sources added.

The two groups sent roasters including the names of fighters who had moved into Turkey; however, the plan soon was thwarted and shut down by a veto signaling Ahrar ash-Sham especially, while allowing access to the Sham Legion.

The U.S.’ swinging stance regarding the opposition has become a motive for the Syrian Opposition’s criticism for the incomprehensibility of the states’ approach.

The Chairman of the Jusur Syrian Opposition institution, Mohammed Sarmini, said that Washington behaves the way it does because it wishes to push the opposition towards negotiations, and that it is convinced that a strong opposition will not make any compromises. That is why it strictly inhibits both its advancement as to play to the regime’s favor.

Sarmini highlighted that what supports the logic he derived is U.S. behavior over the past five years. Washington is involved with restricting the type of artillery landing in the opposition’s hands, Sarmini said.