Sunday's attack on Al-Dana leaves nine dead, including a Zaman al-Wasl reporter, and 20 others wounded 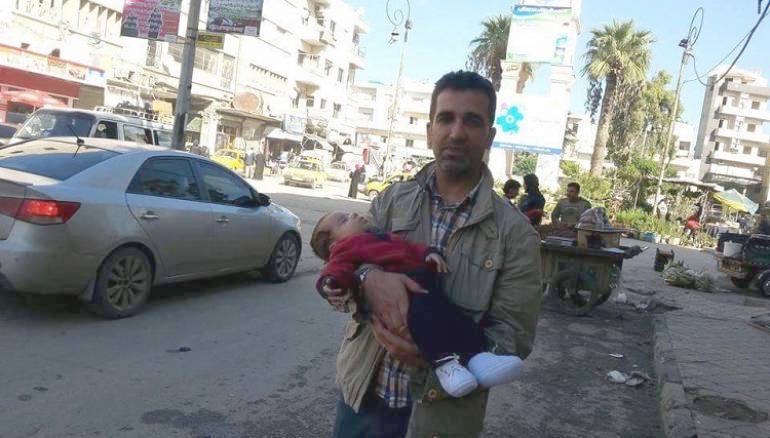 Zaman al-Wasl reporter Ammar Bakour was killed on Sunday in regime air strikes on the town of Al-Dana, Idleb province.

Bakour was killed along with eight civilians when regime warplanes targeted the town with four vacuum missiles. The attack also left 20 others wounded.