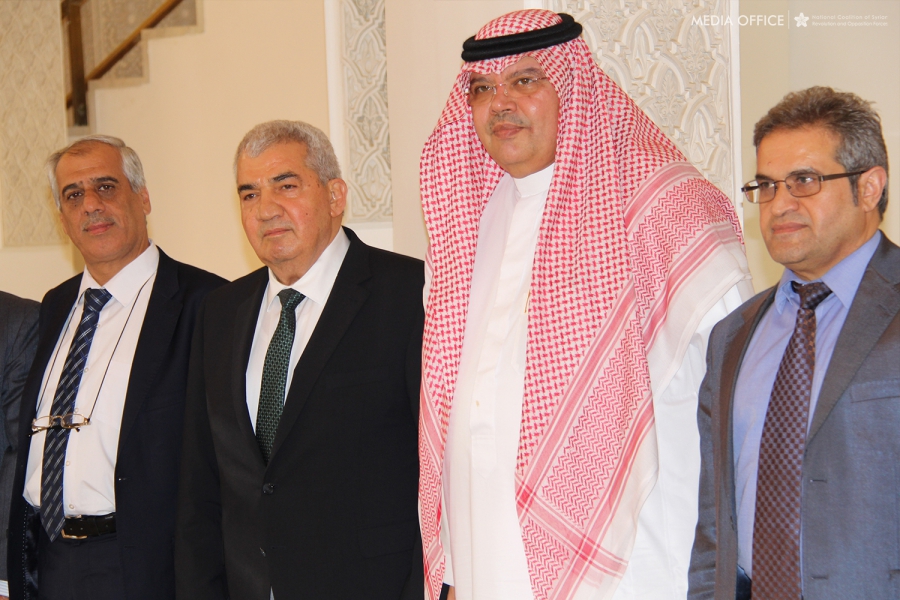 A delegation of the Syrian National Coalition met with senior Saudi Foreign Ministry officials in Riyadh on Wednesday to discuss the latest political and field developments in Syria.

During the meeting representatives touched on the Geneva process and the role of the opposition’s High Negotiations Committee, as well as the importance of Arab support for a peace settlement.

Saudi Foreign Ministry Undersecretary Adel bin Siraj Mirdad stressed the Coalition’s pivotal role, as the legitimate representative of the Syrian people, to provide services to civilians and establish political alliances should a settlement be reached and a transitional period in Syria be initiated.

Mirdad also stressed the important role of the Coalition in supporting the HNC to carry out its primary task of managing the negotiating process in accordance with the 2012 Geneva Communique and the relevant United Nations Security Council resolutions.

The opposition’s primary goal, according to the two sides, is to achieve the aspirations of the Syrian people and to push for a genuine transition towards a civil, democratic, pluralistic governance without President Bashar al-Assad and his clique.

The Syrian people are the primary stakeholders in the elimination of terrorism, the Coalition delegation said, also stressing the need for the support and protection of innocent civilians, as they are the pillar of the peaceful civil movement.