Strikes on opposition-held towns and villages have increased since rebels downed a Russian jet over the weekend, Zaman al-Wasl reports 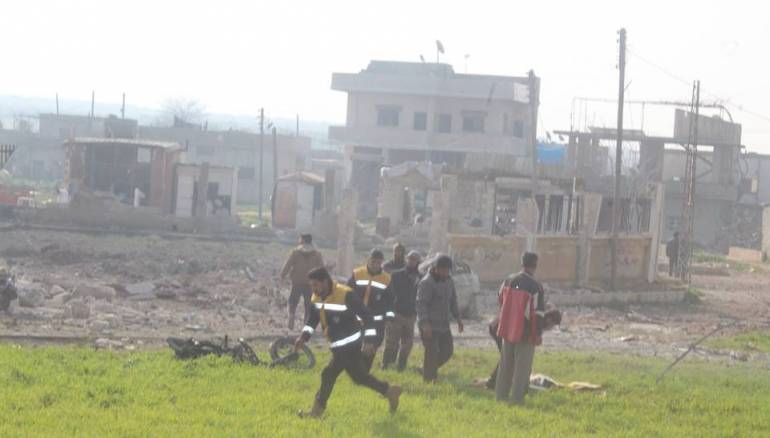 At least six people, including children, were killed on Thursday in fresh airstrikes targeting two schools in the northern province of Idleb, the Civil Defense (White Helmets) rescue group reported.

The strikes hit the town of Meshemshan following a bloody Wednesday where Russian and Syrian warplanes conducted dozens of raids on opposition-held territory.

Ten civilians were killed and dozens more wounded in heavy aerial bombing on the town of Maarrat al-Numan, according to the rescue workers.

At least 90 people have died from Russia's airstrikes following the death of one of its pilots last Saturday.

On Tuesday, four civilians were killed in the town of Saraqeb and the villages of Termala and Al-Gadfa, according to Turkey’s Anadolu Agency.