Residents of Idleb are fleeing their homes and seeking to resettle in areas of northern Syria that are controlled by Turkey and their affiliated armed groups writes Iqtissad. 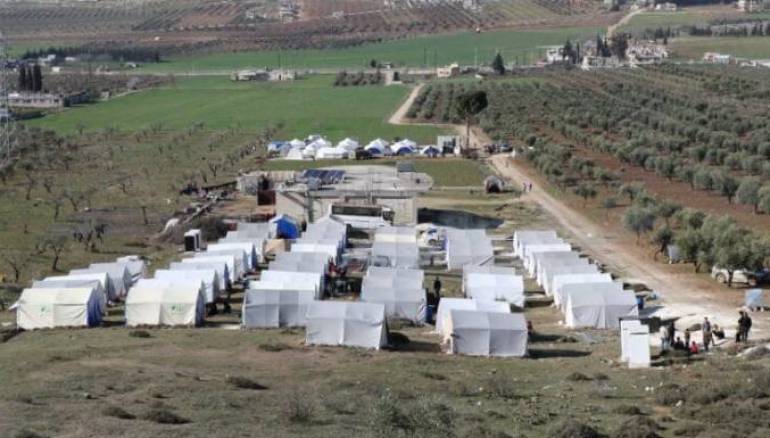 Dozens of men have been seen standing in a disciplined line in front of the civil registration department in the border city of Azaz in the northern countryside of Aleppo, to obtain ID cards.

Everyone came from the eastern region of Idleb province as the regime forces laid claim to their areas. They say they are part of a very large number who entered the Turkish-held Operation Euphrates Shield and Olive Branch areas.

“We came here as the regime advanced and the city was subjected to horrific bombing … I currently live in a camp located in the eastern neighbourhood … life here is better and safety prevails in the area,” said Abu al-Ezz, who is from al-Atareb in the southern countryside of Aleppo, while holding the necessary documents to obtain an ID granted by the local council in Azaz.

More than a million people in Idleb fled towards the Turkish border during the recent Syrian regime assault backed by Russia and Iran.

The Syrian Response Coordination group recored 183,000 people who settled in the Olive Branch area, which includes the city of Afrin and its countryside, and 151,000 people who were distributed in the city of Azaz and the Euphrates Shield area, which includes al-Bab, Jarablus, al-Rai and other cities and towns of the region out of a total of one million IDPs, who fled the active fighting between November and the ceasefire on Mar. 5, 2020.

Expatriates assert that they are suffering from a massive increase in the rental prices for accommodation in these areas, while many of them said that they obtained free houses.

Thousands also live in camps under the supervision of humanitarian organizations, but this is temporary, until the future of Idleb can be ascertained, in light of the current Operation Spring Shield launched by the Turkish troops.

Abu Fadi, a displaced person who was staying in Binche, was able to obtain a free house in the city of al-Bab after contacting one of his friends in the area.

Abu Fadi told Iqtissad via WhatsApp that, “The people here are good and very welcoming. The city is big and everything is available here.”

On the other side, Abu Abdo found a house after a great difficulty.

Abu Abdo, originally from Idleb, fled from his hometown Ariha, which is on an international road that the regime hopes to take control of with Russian support. He confirmed to Iqtissad that he preferred to search for a house in the city of Azaz, as it is closer to Idleb Governorate than the rest of the Euphrates Shield area.

After a long search, he managed to rent a good house for 150 dollars per month, on condition that he pre-paid for six months.

Abu Abdo comments with some satisfaction, “I love this city. Life here is normal, electricity is passed from Turkey, commercial traffic is excellent, but rents are very expensive.”

Some prefer staying in Afrin and its suburbs, as it is easier to find a cheap house.

There is a big difference in the administration of the region from the city of Azaz and the Euphrates Shield area, which is free from a military presence, unlike Afrin, which was divided on a military basis and includes an intense presence by the factions of the national army that do not end its follies in the region, according to the residents.