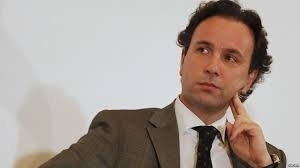 A member of the Syrian National Council and of the Turkmen bloc of the National Coalition for Syrian Revolution and Opposition Forces, Khoja was elected president of the Syrian Coalition on January 4, 2015, replacing Hadi al-Bahra. The appointment was largely supported by democratic and civil forces, together with moderate Islamists, at the expense of Naser al-Hariri of the Muslim Brotherhood.

Khoja served as president of the Medical Academy Group, while serving as an investment and development consultant within the medical sector from 1994. He is the founder of both the Damascus Declaration in Turkey, and the official Platform for Solidarity with the Syrian People.

Born in July 1965 in Damascus, his father, Saleh Khoja, was widely known for his opposition towards Hafez al-Assad’s regime, leading to his arrest and imprisonment for 14 years. Due to Saleh's political activity in the Doctors' Syndicate, Khaled's mother was also jailed for five years, while Khaled was imprisoned twice; stretching four months in 1980, and a year and a half the following year.

Once released, Khaled travelled to Libya to complete his secondary education in Ubari city in 1985. He then moved to Turkey, where he studied political science at the University of Istanbul in 1986, and medicine at the University of Izmir in Turkey, graduating in 1994. He is well known for his relations with civilian activists and military leaders alike, and is one of the founders of the project for Local Councils in Syria.

He is married, and has four children.

Will Khoja succeed in uniting Syrians?

Khoja's appointment to the coalition leadership comes at a critical stage of its history. To a large extent, the coalition is seen to have lost the confidence of regular Syrians, chiefly due to intrusive regional and international meddling, paralyzing the institution. It is expected Khoja will attempt to reform the coalition through deep regulatory, administrative and financial changes, whilst strengthening relations amongst the coalition and its institutions – the Interim Government, Military Council, and the Coordination Support Unit – to return the Syrian revolution to the right track.

Khoja is well aware of the bitter infighting that has marred the coalition’s relationship with opposition forces inside Syria, and is likely to devote a large part of his first speech to expressing his commitment to the deepening of relationships with Syrians inside the country. He has prioritized addressing the suffering of Syrians in liberated areas and refugee host countries, abiding with the revolution’s founding principles.

No conversation with the regime, and an appeal to Jolani

In his first appearance after assuming the presidency of the coalition, Khoja refused to take part in the Moscow 1 talks later this month, stating that the coalition will not accept a dialogue with the regime. According to Lebanese newspaper An-Nahar, Khoja made an appeal to Abu Mohammed Jolani, the leader of the Nusra Front, demanding a split from their allegiance to the Al-Qaeda leader. The move can be seen as a push for change in the existing military makeup on the ground by encouraging Jolani to engage in moderate opposition.

Today, as head of the largest anti-regime political body, will Khoja be able to revive the coalition, returning it to the forefront of Syrian politics? Will he also benefit from his good relations with the friends of the Syrian people, particularly his Turkish hosts, who support the Muslim Brotherhood and other Islamist movements in the Syrian opposition?