A number of officers have recently died, the official reason often being health complication or a car accident, Shaam News Network says 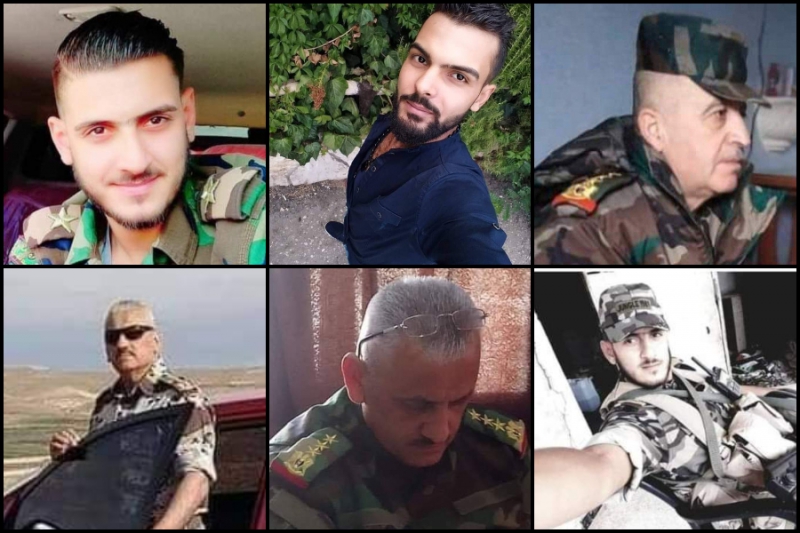 Shaam News Network has monitored the killing of several officers and members of the regime’s militias over the past few days.

The reasons for the killings announced by regime-affiliated pages varied, coinciding with the renewed assassinations and liquidations carried out by the al-Assad regime, which resulted in the death of officers and regime-affiliated individuals under murky circumstances.

Pro-regime pages mourned two high-ranking military officers — Brigadier Generals in the regime’s army — claiming that one died suddenly of a heart attack while the other was in a horrible car accident, according to the pages. Those unfortunate happenings targeting officers and leaders of the regime’s militias have become repetitive recently.

Pro-regime pages revealed the death of Gen. Ghassan Muhammad Saleh, a member of the regime’s army. The pages reported that he was in a car accident a few days ago. He is related to the al-Brikhiya family in the coastal city of Dreikish.

Furthermore, a Brigadier General in the ranks of the regime’s army, by the name of Mahmoud Saleh Khalifa, lost his life to a heart attack, according to the regime’s pages. Khalifa hails from Zama, a pro-regime village in the city of Jableh in the Latakia governorate.

Liwa al-Quds (Jerusalem Brigade) pages, affiliated with the regime, mourned Abdel-Rahman al-Muhammad, who died in a landmine explosion that killed him and wounded a number of members, according to leaflets circulated by the Brigade’s contacts. The Jerusalem Brigade spreads across regime-controlled areas.

Pro-regime pages had mourned several officers and Shabiha, who died for various reasons, most of which remain shrouded in mystery.

This pattern has become frequent in what appears to be liquidation operations affecting the regime’s intelligence and military branches in various areas.

The killing of officers is being announced without disclosing the details of the incident, except for the main reason which always seems to be a health complication or a car crash, according to the same sources.