The Assad regime has reported the changes to the heads of branches across the country, with those famed for brutality being elevated to the top writes Shaam Network. 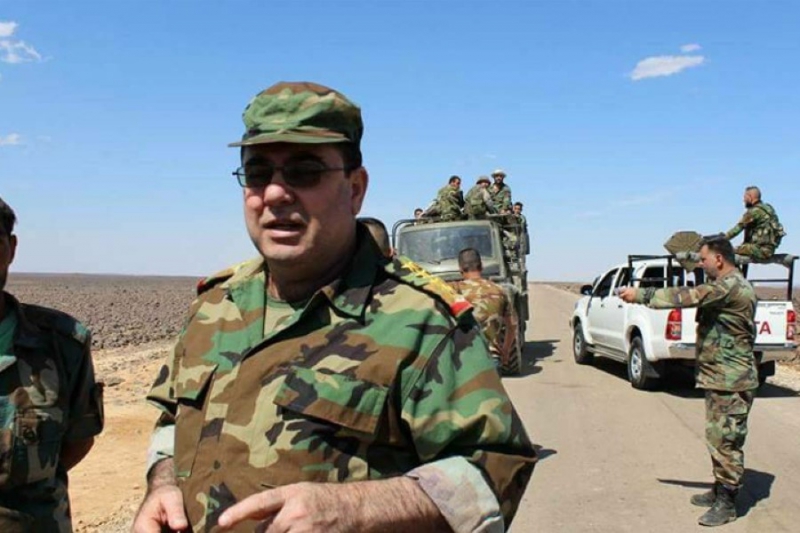 The Assad regime carried out reassignments that affected a number of heads of security branches within its military intelligence, according to pro-regime pages. Reassignments occur periodically and lead to the promotion of a number of officers and the dismissal of others on the account of their crimes, torture, and killing of the Syrian people.

As a result of the new changes, Brig. Gen. Wafiq Nasser has been named as the head of the Military Security branch in Aleppo. The criminal is originally from Jableh, in Lattakia countryside, and belongs to an Alawite family. He moved into the spotlight when he took up the post of head of the Intelligence Branch in Suweida. His name was associated with acts of kidnapping, intimidation, murder, assassinations, and explosions, according to the Pro Justice platform.

In its report entitled ‘Individual and Command Responsibility for Crimes Against Humanity in Syria,’ Human Rights Watch indicated that Brig. Gen. Nasser had arrested and tortured an officer who defected from the Republican Guard, including a person called Afif, who confirmed that Nasser was one of the main people responsible for his arrest and torture in Daraa.

Furthermore, Brig. Gen. Muhammad al-Muallim has been appointed as head of the Hama Branch. He is another criminal figure in the Assad regime, and led brutal military operations in the northern and eastern countryside of Hama.

Brig. Kamal al-Hassan was promoted to head the Mantika Branch, which is part of the regime’s intelligence.

Brig. Gen. Imad Mihoub became head of the Homs Branch, Brig.General Ibrahim Abbas was appointed head of the Tartous Branch, and his counterpart Suleiman Kanna as head of the Patrols Branch in Damascus. It is known that they alternate leadership positions in the security branches and have participated in the killing and displacement of millions of Syrians.

The Ministry of the Interior and the Internal Security Forces had previously issued an official statement, in which they stated that a large number of police officers had been terminated and that a number of others would be promoted, according to a decree signed by the leadership of the regime’s army, which takes place from time to time.

Earlier this year, pro-regime media outlets revealed that a large number of regime army officers had been promoted, coinciding with the letting go of a number of high-ranking officers, who shared pictures showing officers in the regime’s army preparing to take up new positions.

The event was attended by high-ranking officers, in a scene described by some as “role-swapping” involving the most prominent figures that committed crimes against the Syrian people.