Syria reiterated its continued work to liberate all its territory from occupation and terrorism, all whilst working on a political solution to the conflict, according to the Syria Times. 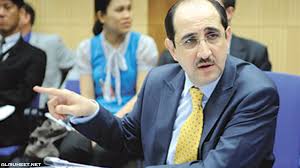 During a session of the UN Security Council on Wednesday, Syria’s permanent representative to the United Nations, Bassam Sabbagh, said that “the meetings of the 6th round of constitutional committee talks in Geneva last week showed the serious involvement of the national team, the spirit of cooperation and positivity among its members, and their keenness to put forward constitutional principles that respond to the aspirations of the Syrian people in ensuring their rights, preserving sovereignty and achieving security and stability. So, any external parties should refrain from interfering in the work of the Committee or attempting to obstruct or thwart its work by trying to impose artificial timetables or prior conclusions for its work.

Sabbagh pointed out that the terrorist bombing with two explosive devices that targeted an overnight bus in Damascus last Wednesday morning, coinciding with the convening of the work of the constitutional committee, is clear evidence of the efforts of terrorist organizations and their external sponsors to prevent a political solution and impede the efforts of the Syrian state to restore security and stability to all its regions. This terrorist bombing, which claimed the lives of 14 persons and injured many others, clearly aims to raise the morale of the terrorists who are sponsored by the American and Turkish occupation forces in Idleb, al-Tanf, and other areas of northern Syria.

He stressed that Syria continues to work to liberate its occupied lands and combat terrorism in parallel with its political efforts, pointing out that these attacks and terrorist acts will not discourage it from continuing to work to restore security and stability and rid its people of all terrorist groups.

Sabbagh indicated that more than three and a half months after the Security Council adopted Resolution 2585, the Turkish occupation forces and its tools from terrorist organizations are still obstructing humanitarian access from inside Syria and refusing the arrival of the Atarib convoy that was approved by Syria in April of last year to the northwest. It’s noteworthy to mention Turkey’s continued use of drinking water as a weapon against Syrian citizens.

Sabbagh pointed out that the continued imposition of coercive measures by the United States and the European Union to suffocate the Syrians and deprive them of their basic needs of food, medicine, health care, electricity, and fuel contradicts what they claim of humanitarian concern. These measures expose their false slogans about their respect for the principles of international law and the provisions of the United Nations Charter and all Resolutions of the international organization that have repeatedly affirmed the illegality of these measures and their violation of human rights.

Sabbagh reiterated Syria’s demand to end the illegal presence of U.S. and Turkish forces on its lands and stop their aggressive practices and looting of the country’s economic resources and wealth. Syria also demands the immediate and unconditional lifting of unilateral coercive measures imposed on its people. He stressed that upgrading the humanitarian situation requires fostering the efforts of the Syrian state in providing the human needs and basic services for all its citizens, realizing the development goals, and creating suitable conditions for the return of the displaced people and refugees.