The Russian Foreign Minister expressed his country's hope that the Syrian constitutional discussion committee would resume its work soon, the Syria Times reports. 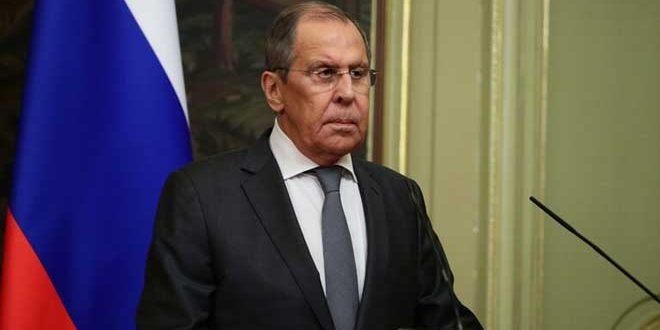 On September 11th, Russian Foreign Minister Sergei Lavrov expressed his country’s hope that the constitutional committee would resume its work as soon as possible to end the conflict in Syria.

“We have informed our work partners, whether at the bilateral level with Damascus or within the framework of the Astana formula with the participation of Turkey and Iran, as well as on the Geneva platform, that we hope that the work of the Constitutional Committee will resume as soon as possible with the participation of government delegations and the opposition,” the Russia Today website quoted Lavrov as saying during a press conference in Moscow.

Read Also: Pedersen in Damascus to Discuss Sixth Round of Geneva Constitutional Committee

Lavrov indicated that Russia called for the necessity of providing humanitarian aid to the Syrians and supporting them in the reconstruction of the destroyed infrastructure away from politicization.

Lavrov had indicated in late July that the stability in Syria should be accompanied by efforts from the international community to resolve humanitarian issues and restore infrastructure for the safe return of Syrian refugees.

Lavrov expressed his hope that the situation would change for the better with the implementation of Security Council Resolution No. 2585 related to extending the delivery of humanitarian aid to Syria.