The Syrian Observatory for Human Rights said that more tankers loaded with Iraqi fuel entered Syrian territories on Sunday, headed towards Lebanon, according to Asharq al-Awsat. 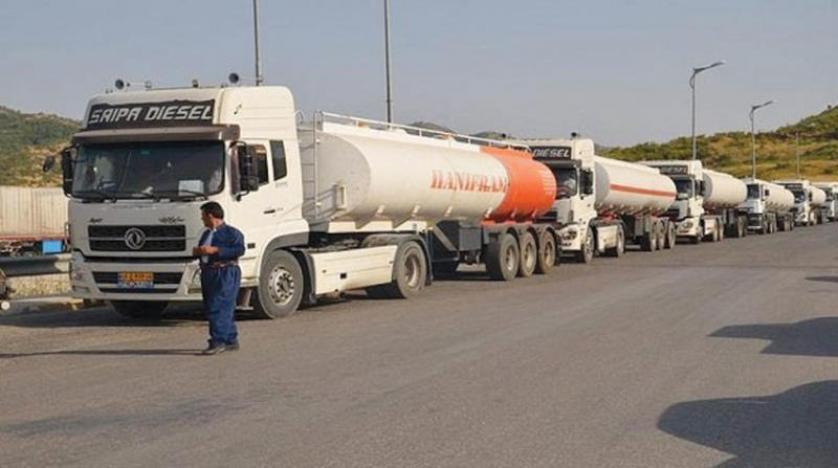 About 39 Iraqi fuel tankers entered through the crossings that are under the control of pro-Iran militias in al-Mayadin and al-Bukamal in the eastern countryside of Deir-ez-Zor, heading to Lebanon via the city of Homs.

This is the second batch in a week to cross the Syrian territories towards Lebanon. The first batch included around 50 tankers.

According to SOHR sources, nine of the 39 tankers that entered Syria on Sunday were taken to al-Mayadin, under the protection of a militia called Abu al-Fadl al-Abbas, where fuel was stored in recently rehabilitated large tanks that ISIS had set up during its control of the area.

Read Also: Meeting of Petroleum and Energy Ministers from Syria, Egypt, Lebanon next Wednesday in Amman

This comes amid a severe fuel shortage in Syrian regime-controlled areas, as a result of the cessation of smuggling operations from the regions run by the Syrian Democratic Forces, on the other bank of the Euphrates River.

On Aug. 29th, the Observatory reported the entry of about 50 tankers loaded with gasoline from Iraq into Syria, through the al-Boukamal crossing in Deir-ez-Zor’s countryside, under the protection of the Fourth Division forces. According to the Observatory, the tanks were destined for Lebanon.