Ankara sent reinforcements to its troops in the de-escalation zone around Idleb, amid intense hovering by drones, according to North Press. 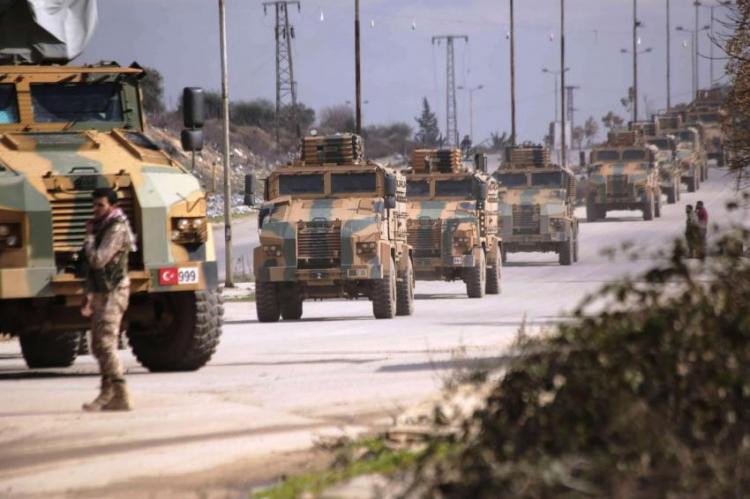 “The convoy consisted of more than 42 vehicles carrying logistics and cement blocks,” the sources added. The convoy headed to the Turkish military posts within the de-escalation zone in the Zawiya Mountain, south of Idleb, according to the sources.

The entry of the Turkish convoy coincided with an intense flight of Turkish drones (Bayraktar TB2) over the area, the sources added.

Local sources also reported that a Turkish armored vehicle ran over a refugee from the countryside of Idleb, who was riding a motorcycle on the Idleb-Bab al-Hawa road, killing him instantly. The sources indicated that the armored vehicle continued its way as if nothing had happened.