A Russian delegation discussed the deployment of Russian technologies to improve Aleppo's textile industry, according to Athr Press. 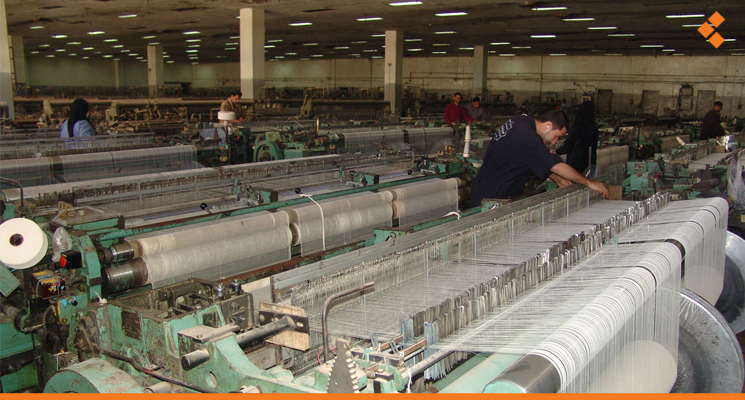 The Aleppo Chamber of Industry discussed with a Russian delegation, specialized in the manufacturing of textile, the implementation of Russian technology in Syria. This move aims to bolster economic cooperation between the two sides.

Local newspaper al-Watan quoted a source in the Aleppo Chamber of Industry saying that two working sessions were held with the Russian delegation for this end.

Igor Matveev, the representative of the delegation of Russian companies participating in the Buildex exhibition in Damascus, told Sputnik that his country has the opportunity to become Syria’s first economic partner.

“We must now make determined efforts on both sides to close the gap and make sure that Russia becomes one of the leading long-term economic partners. This requires a lot of hard work, but it needs to be accomplished,” he added.

Matveev also pointed to the participation of many Russian companies in the exhibition, specialized in the production of textile, railways, armored doors and windows, and information security.

On November 11th, 2020, Russian Prime Minister Mikhail Mishustin ordered the opening of a trade representation of the Russian Federation in Damascus. He confirmed that directives were issued to the Ministry of Industry and Trade to ratify the structure of this trade representation and to schedule its staff members.

The textile sector is one of the most important pillars of the Syrian industry. This sector, however, faces several difficulties that have begun to hinder this ancient industry, leading to the closure of most textile facilities, while the remaining part is on its way to a halt.

The industrialists stressed that the industrial sector in Syria faces many problems that affect the export of its products. The most prominent challenges are high production costs and energy prices, the difficulty of securing imported raw materials, the closure of border crossings with neighboring countries, and the proliferation of contraband.