Checkpoints by a private company on the Lebanese borders were removed, following a dispute between the company and the fourth division about royalties, according to Sowt al-Asima. 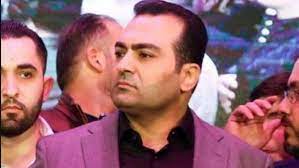 The Security Office of the Fourth Division, in coordination with the General Directorate of Customs, issued a decision to remove the security barriers of the Citadel for Protection and Security Services company, located at the border with Lebanon.

The sources added that one of the two checkpoints was erected between the common barrier adjoining four security branches. A second barrier belongs to Syrian customs, while another one was established after the “State Security” barrier known as the “al-Fish Barrier”, and between the main customs entry barrier.

The sources confirmed that the two security checkpoints were set up in coordination with the Fourth Division. They were tasked with inspecting the passengers’ luggage, examining electronic devices, and smoke for returnees to Syria. For those leaving for Lebanon, the security checkpoints should take care of foreign currency exchanges and checking some of the personal belongings of those traveling.

The sources explained that the two checkpoints were removed by a decision of the security office of the Fourth Division, and in coordination with the General Directorate of Customs, two weeks after their allocation.

It is pointed out that the removal decision followed a dispute between the head of the Citadel company and one of the officers of the Fourth Division.

The sources stated that the dispute between the two parties regarding the sharing of the percentage of royalties and confiscations. This led a military officer within the Fourth Division -ranked as a Major- to convey the complaints of travelers to the Fourth Security Office, after agreeing with customs barriers to unify the complaint.

According to the sources, the removal decision came after the complaints were filed. It is confirmed that the Fourth Division moved the two checkpoints to mountainous border points, where smuggling routes exist between the two countries.