Militants from the Syrian Democratic Forces have kidnapped the head of al-Jawadyia town council from his home and taken him to an unknown location writes SANA. 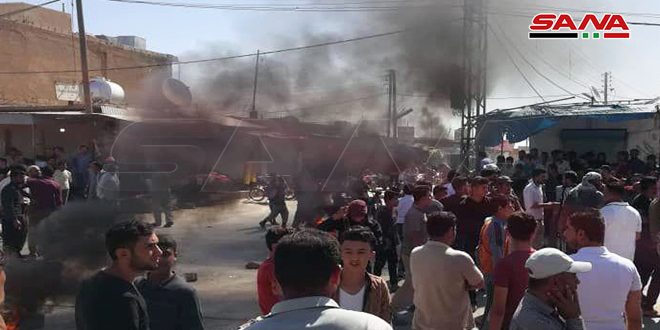 On Tuesday, US-backed Syrian Democratic Forces (SDF) militants stormed the home of the head of al-Jawadyia town council in Qamishli’s eastern countryside and kidnapped him.

Local sources told SANA that SDF militiants stormed the house kidnapped the council head and took him to an unknown destination, additionally they stole a collection of computers from the council’s headquarters.

The US–backed SDF deliberately adopts suppressive policies against the civilian population by carrying out raids in the villages and towns in the areas that it occupies, in addition to launching compulsory recruitment campaigns for the youths, to fight among their ranks, in addition to kidnapping a number of teachers.