The Syrian Democratic Forces have clashed with Turkish-backed factions in Ayn Issa after a period of calm reports Etihad Press. 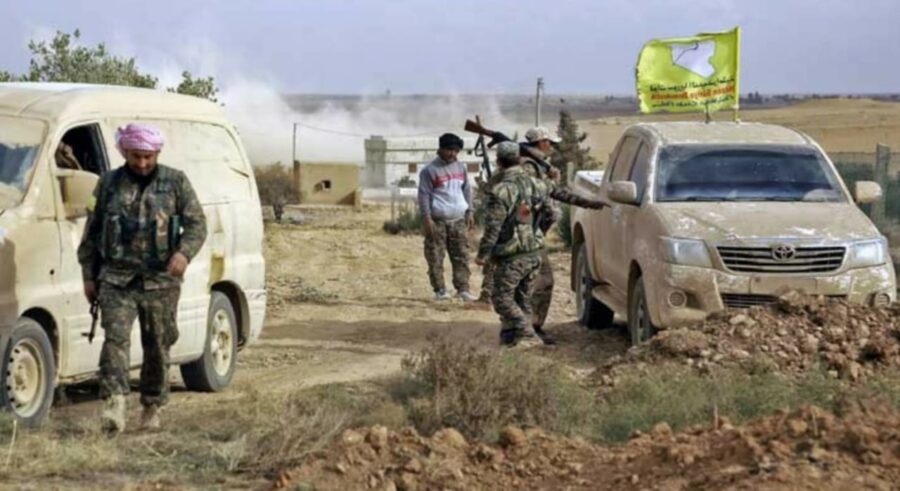 On Tuesday evening, clashes took place involving medium and heavy weapons between the Syrian Democratic Forces (SDF) and the factions loyal to Turkey, after the latter attempted to infiltrate the villages of al-Musharrafah and Jebhal in the countryside of Ayn Issa, north of Raqqa. No information about casualties has been made available so far.

The clashes came after about six days of cautious calm, according to information from the Syrian Observatory for Human Rights.

On Jan. 6, 2021, clashes took place on the axis of the village of Muallaq in the countryside of Ayn Issa, within the northern sector of the al-Ragawi countryside, between the SDF and the factions affiliated with Ankara. The clashes were accompanied by shelling and mutual targeting.

On Jan. 5, 2021, there was mutual bombardment between the Turkish forces and the factions loyal to them, on one side, and the SDF, on the other, on the axes of Ayn Issa, north of Raqqa.

The SDF managed to destroy a tractor and a Shilka vehicle belonging to the pro-Turkish factions on the axis of the village of Muallaq, while the villages of Hoshan and Khaldiya were subjected to a ground bombardment by the Turkish forces stationed in the area.