A Syrian refugee in the Netherlands has been arrested and accused of committing war crimes in his home country and being a leader of Ahrar al-Sham. 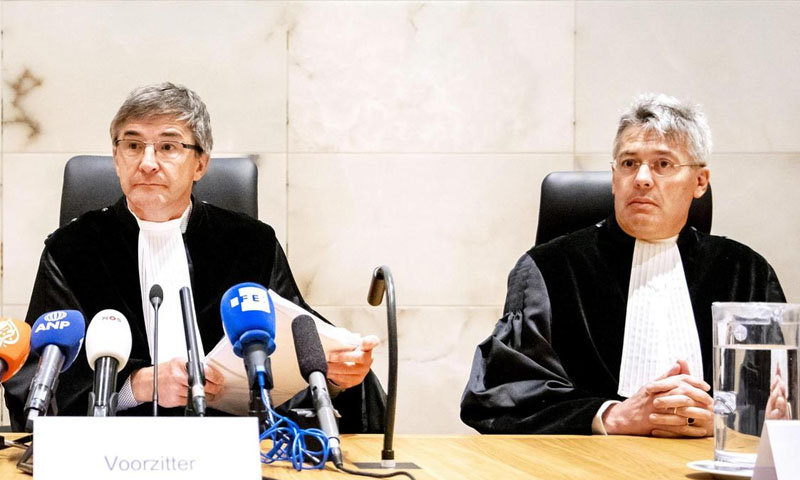 Dutch police have arrested a Syrian citizen accused of being a former leader of the Islamist movement, Ahrar al-Sham.

On Friday, the Dutch Public Prosecutor’s Office said that the police had arrested, last Tuesday, an alleged former leader of the Islamist Ahrar al-Sham movement, on suspicion of committing war crimes.

The police did not reveal the name of the person, who was arrested in a center for asylum seekers in the north of the country. They did indicate that he is a 29-year-old Syrian national, though.

The police based their accusations of war crime on the individual’s appearance in a picture with the corpse of an enemy fighter, and in another picture depicting him kicking a body in a battle in Hama in 2015.

The Prosecutor’s Office confirmed that the accused was at that time a leader of the Ahrar al-Sham movement.

The accused also appeared in a video clip on YouTube in which he chanted slogans celebrating the killing of his opponents and referring to them as dogs.

The accused will be imprisoned for a two-week period, according to the order of the investigating judge, and is likely to face life imprisonment if convicted.

The accused had applied for asylum in the Netherlands earlier this October, but was also registered with the German authorities as an asylum seeker in 2015.

Last September, in an incident that was the first of its kind, the Dutch court convicted a Syrian refugee on charges of committing war crimes.

The accused (nicknamed Abu Khdeir) is facing charges of murder, participation in a field execution, and joining the al-Nusra Front, which is classified as a terrorist organization, before submitting his asylum application to the Netherlands.

The court relied on a video recording that spread on the Internet showing the execution of a soldier of the Syrian regime army, in July 2012, by extremist groups, in which Abu Khdeir was present.