Families of imprisoned Syrians are forced to pay huge amounts to contact their imprisoned relatives, according to the Association of Detainees and the Missing in Sednaya Prison reports Al-Araby Al-Jadeed. 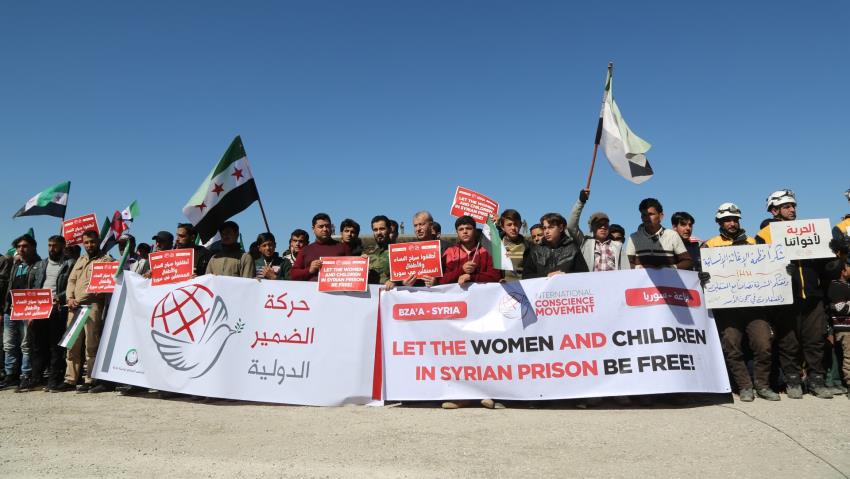 Families of Syrian detainees are routinely forced to bribe regime officials huge amounts of money in order to contact them or secure their release, a new report highlighting the corruption in the Syrian prison system says.

A report by the Association of Detainees and the Missing in Sednaya Prison (ADMSP) highlighted a massive system of corruption involving guards, judges, members of the military and middlemen.

The bribes they receive is then fed back into the regime’s security apparatus, which has unleashed a wave of terror on the Syrian population.

About a quarter of the families of detainees surveyed said they had been asked for extortion money. Some paid a few thousand dollars or less, while others – particularly families living in exile – paid up to $30,000.

Diab Serrih, the report’s author and ADMSP co-founder, said the money ended up in the pockets of corrupt officials, warlords and what he called the “deep government ruling Syria behind the scenes”.

Serrih was detained in 2006 after establishing a youth opposition group and spent the next five years as a political prisoner.

He was released in 2011 just as the brutal Assad regime cleared jails of opponents who are perceived to be less of a threat to make room for activists and protesters at the start of the Arab Spring.

“It’s an industry of detention,” he said. “The Syrian regime is built on security and intelligence branches. They pay poor salaries to encourage corruption and the bribes finance this infrastructure of detainment.”

The report says that forced disappearance is a major strategy of the Syrian regime, designed to control and intimidate the population, particularly after the 2011 uprising. It also turned out to be profitable for prison and regime officials due to the huge amounts raised from bribery.

“Arrest and monetary extortion of the population constitute a great source of funding of the state, and its repressive apparatus specifically,” it explained.

ADMSP interviewed Ahmad, a former prisoner who thought he would never see his family again after spending time in nine different prisons over three years. His family paid a total sum of $30,000 in bribes to secure his release.

“Like many families, mine kept paying $1,000 here and $1,000 there, hoping they were giving it to a person who could get them information,” he said. “Eventually they paid a large sum to a lawyer who told them that some of it will go to a judge and some to the security forces.”

Many families were also made to spend thousands of dollars and enter debt, only to be cheated and receive nothing in return.

The report called on the international community to pressure the regime and its allies, particularly Russia, into investigating the fate of tens thousands of disappeared and allow families to contact their detained relatives.

The report also demanded that officials reveal where dead detainees were buried and allow DNA testing of remains to return bodies back to their families.

The Syrian conflict began in 2011 after the regime led by dictator Bashar Al-Assad brutally repressed peaceful pro-democracy protests. His father and predecessor, Hafez al-Assad ruled Syria with an iron fist from 1971 until he died in 2000.

Around 1.2 million Syrians, or one in 18 of the population, are thought to have been arrested or detained at some point in the war. The Assad regime is notorious for its systemetic torture and murder of prisoners.