Bouthaina Shaaban has said that Iran and Hezbollah will not leave Syria and the US has no place making such a suggestion writes Al-Masdar. 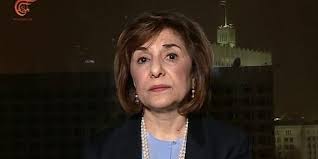 In statements to Lebanon’s Al-Mayadeen TV, the special advisor to the Syrian President, Bouthaina Shaaban, said that “removing Iran or Hezbollah from Syria is totally out of the question.”

Shaaban considered that the words of the US Special Envoy to Syria, James Jeffrey, and his conditions were not equal to the value of the ink with which it was written, and Syria will not overstep its sovereignty, stressing that, “no one decides for Damascus how its relationship with Iran, Hezbollah and the Palestinian resistance should be.”

The special advisor to the Syrian presidency explained, “The relationship between Damascus and Moscow is a relationship that is equitable and based on respect. Russia and China respect their allies,” adding, “Russia cannot ask Damascus to expel Iran or Hezbollah from its lands, as this is totally out of the question.”