Doctors and nurses who diagnosed and cared for patients with coronavirus have had their homes raided and been taken into custody reports Alsouria Net. 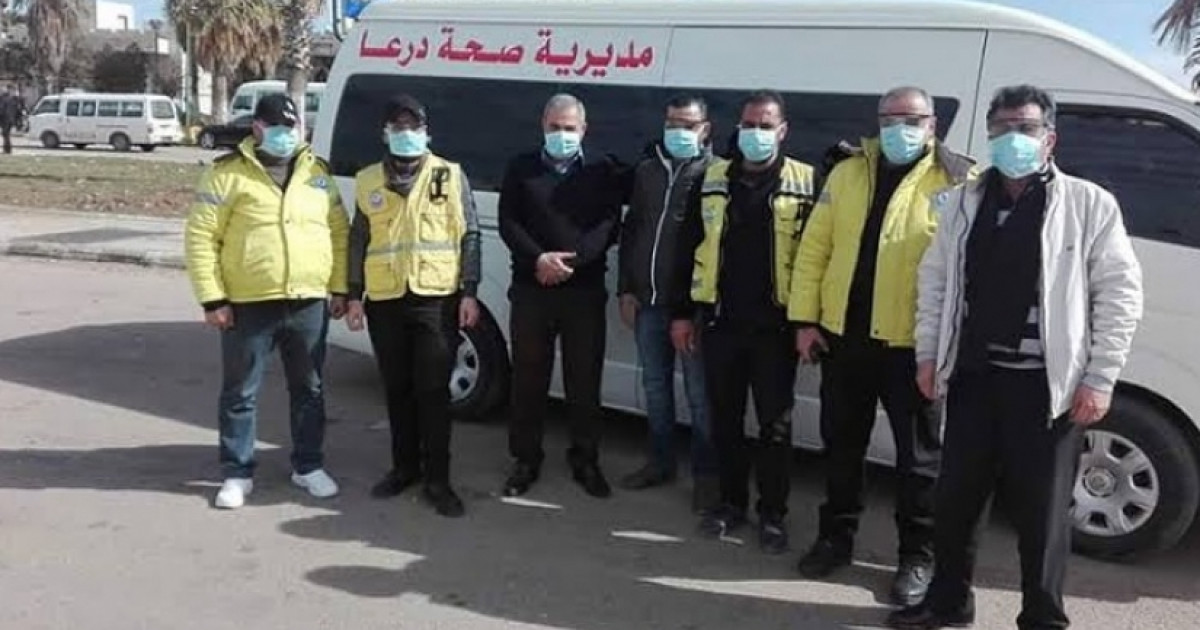 Assad’s forces have arrested medical workers in Daraa for diagnosing people with the emerging coronavirus, without consulting with the Ministry of Health in Damascus.

According to the Detainees and Kidnapped Division of the Martyrs Documentation Office in Daraa, Assad forces arrested four medical workers, including a doctor, between last Friday and Wednesday of this week.

The office stated that, “Military Security and Air Force Intelligence patrols raided the homes of a doctor, two male nurses and a female nurse, all of whom had a hand in diagnosing patients and following up on their cases.”

This coincided with the announcement by the Ministry of Health in the Assad government that it had recorded 150 cases of coronavirus on Thursday, the highest reported daily infection rate since the outbreak of the pandemic in regime-controlled areas.

The infections were spread over a number of governorates, but southern Syria had the largest share, with 25 positive cases recorded in Daraa and 25 in Suweida.

The total number of infections has increased to 9,452, while the number of deaths reached 543. Thirteen people died yesterday.

In light of the Assad government’s secrecy about the real death toll figures, local networks in Daraa have reported that the number of deaths has increased dramatically during the past two weeks. Horan Free Media estimated the death toll at about 54.

A few days ago, Horan Free Media confirmed that the people of al-Karak in the eastern countryside of Daraa launched a campaign to collect donations to secure basic supplies to confront the virus, the most important of which was money to purchase oxygen cylinders equipped with ready-to-use respirators.

The Syrian cities and governorates under the control of the Assad regime are witnessing a significant acceleration in the rate of coronavirus infection, in light of fears and indications of the possibility of the collapse of the health system, especially in the capital Damascus, at a time when the World Health Organization warned of a second wave of the virus in Syria.